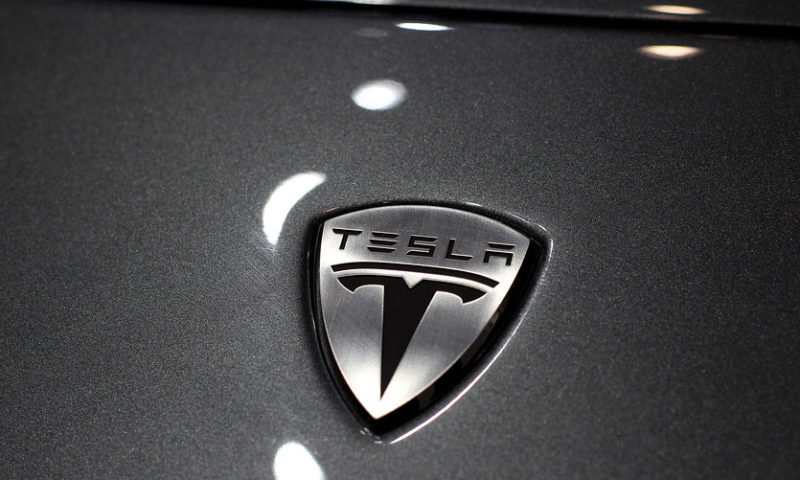 Away from all the drama surrounding Elon Musk and his Twitter account, Bernstein says Model 3 production on track

Tesla Inc. shares got a shot in the arm Monday after Wall Street analyst notes that suggested the recent selloff might be a chance to own the stock at a discount.

Tesla TSLA, -2.38% shares rose more than 3% on Monday, their biggest one-day percentage jump in nearly three weeks, taking some sting out of their 9% losses in September and 30% decline since the start of the company’s going-private saga.

Despite all the negative sentiment surrounding the stock — concerns about the potential legal fallout from CEO Elon Musk’s “funding secured” tweet, his recent erratic behavior, as well as executive departures — Tesla appears to be on track to meet Model 3 production goals and its profitability and cash flow targets, analysts at Bernstein, led by Toni Sacconaghi, said in a note.

There’s “upside potential from a ‘reversion to the mean’ in sentiment,” the Bernstein analysts said. “We note that over the last 18 months, retreats in the stock below $300 per share have usually presented attractive near-term entry points, and we suspect the same may be the case following last week’s turmoil.”

The analysts were referring to the 6.3% stumble for the shares on Friday, capping losses of nearly 13% on the week, after news that Tesla’s top accountant quit after less than a month on the job and the company’s HR director was not returning from a leave of absence, as well as the fallout from Musk appearing to smoke a joint during a filmed interview.

Analysts at Baird, meanwhile, reiterated their equivalent of a buy rating on the stock and named it a “fresh pick,” saying “strong fundamentals should drive shares higher,” with investors underestimating results in the second half of the year.

They also played down the departure of Dave Morton, the company’s top accountant, which ignited Friday’s selloff. His leaving reflects “the intensity of (Tesla’s) work culture, and is not indicative of problems with fundamentals or financial reporting,” the Baird analysts, led by Ben Kallo, said.

Needham analyst Rajvindra Gill struck a more cautious tone on Tesla, highlighting longer-term hurdles for the company. He kept the equivalent of a sell rating on the shares.

Tesla stock’s decline can be attributed “squarely to issues with management credibility,” he said. While Tesla could benefit from margin improvements in the second half of the year, “we have several concerns going into 2019,” including declining emissions credits, accelerating price pressure on Tesla’s pricier models, and more competition.