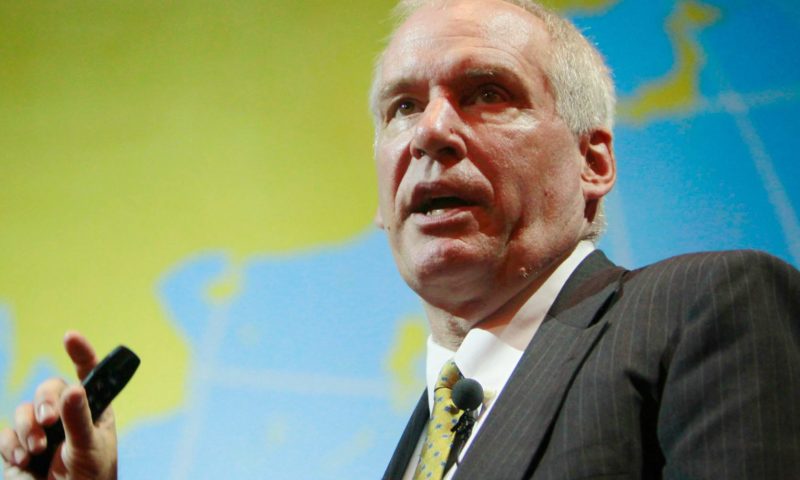 The Federal Reserve should continue to raise rates at a gradual pace should the U.S. economy continue to do well, Boston Fed President Eric Rosengren said Friday.

“Gradually increasing over the course of this next year makes sense. If things work out well for the economy, and that’s what I expect and hope, then we’ll be in a situation where we need to have somewhat restrictive policy over time.” Rosengren said.

The U.S. economy has been growing at fast pace recently. Last week, the Commerce Department said the U.S. economy grew by 4.2 percent in the second quarter, up from an initial estimate of 4.1 percent. That marks the fastest growth rate for the U.S. economy since the third quarter of 2014.

Rosengren added that the Fed funds neutral rate, which takes into account inflation, is probably in a range between 2.5 percent and 3 percent. “I’d probably be at the upper end of that range. So we still have a ways to go.” The current Fed funds target rate sits in a range of 1.75 percent to 2 percent.

Rosengren’s comments come ahead of the Fed’s monetary policy meeting scheduled for later this month. The central bank is largely expected to raise rates a quarter point at its September meeting. Market estimates for another rate hike in December are at 72.1 percent, according to the CME Group’s FedWatch tool.

The Fed has already raised rates twice this year.

The central bank slashed interest rates to zero following the financial crisis in 2008 as a way to help jump start the economy. Rates remained at that level until late 2015.

Rosengren said in a presentation released Thursday that U.S. fiscal and monetary policy makers are not adequately prepared to face an economic downturn in the future. “More attention should be given to establishing appropriate policy buffers to mitigate future shocks,” Rosengren says.

Existing policy buffers, including fiscal, monetary and banking regulations, “may not be sufficient to offset future shocks, reducing the capacity available to policymakers to insulate the economy from future adverse shocks,” he said.