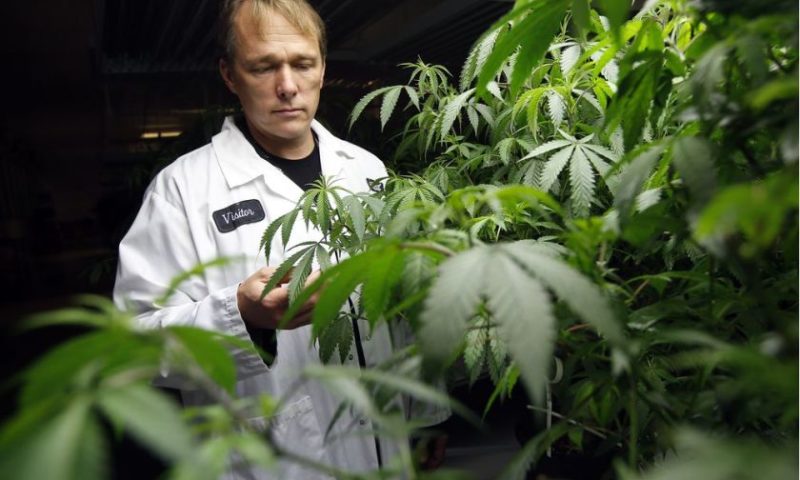 Canopy Growth CEO Bruce Linton told CNBC Friday the cannabis company is well ahead of its rivals in becoming the leading brand in legal marijuana but still needs to improve.

“When I need to find information, I use Google. When I think about web services, I use Amazon,” said Linton, whose Canada-based company has partnered with names such as Snoop Dogg and alcohol leader Constellation Brands.

“There’s going to be a dominate leading company and we are not that yet,” Linton added in a “Squawk Box” interview.

Linton said the team at Canopy Growth, Canada’s largest medical marijuana producer, is “very dissatisfied” but added the company is working hard each day to improve. “Maybe that mentality is what’s got us ahead of the pact,” he added.

Marijuana stocks have been booming recently as investors await the legalization of recreational marijuana in Canada in October. Canopy Growth has seen its shares rise more than 500 percent over the last year. 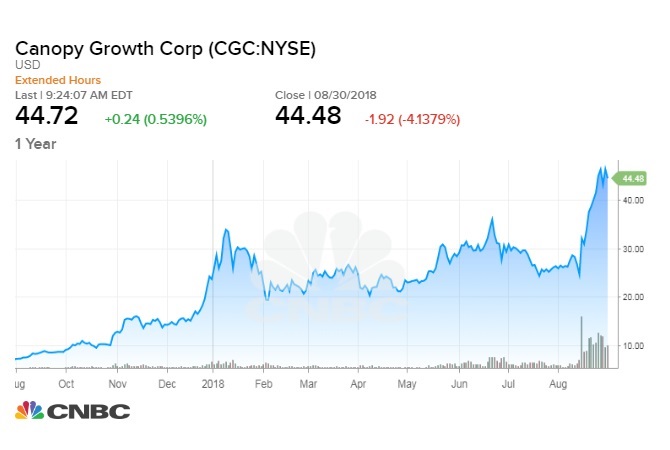 Constellation, the maker of Corona and Modelo beers and many brands of wine and liquor, is not planning to sell a drinkable cannabis product in the U.S. before legalization happens across the nation, but it may begin doing so in Canada next year.

Big alcohol companies such as Molson Coors Brewing and Diageo have taken significant stakes in Canadian marijuana companies as well.

Linton said Friday beer and spirits businesses are feeling pressure to incorporate a cannabis strategy. He said Constellation’s stake has been “rocket fuel” for Canopy Growth, which offers a variety of brands and curated cannabis in multiple forms such as dried, oil and soft-gel capsules.

Only nine states in the U.S. and the District of Columbia have legalized cannabis for recreational use.