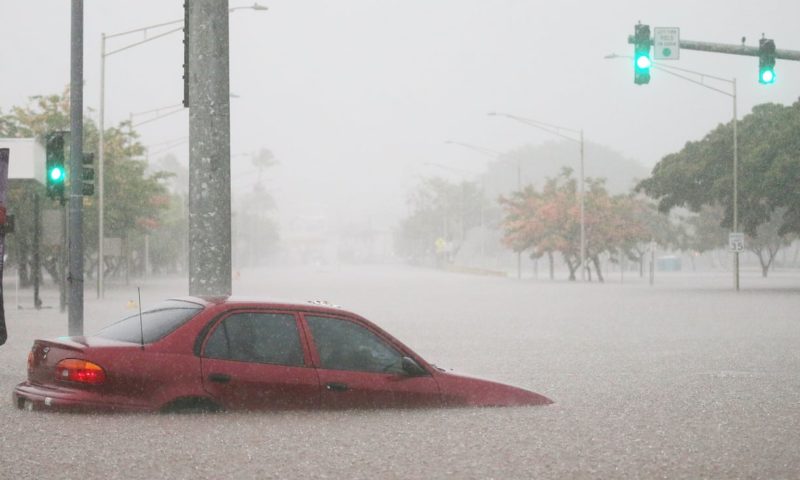 Floods devastate Kerala as threat of drought hangs over other parts of India, and wildfires burn in British Columbia

Hurricane Lane battered Hawaii during the latter part of last week, bringing severe flooding and strong winds to an island state typically protected from serious tropical storms by relatively low sea surface temperatures. However, in part due to a developing El Niño, warmer than normal waters in the equatorial central and eastern Pacific helped to support the development of Lane. After producing more than one metre (3ft) of rain in places, strengthening winds caused a disruption to the hurricane circulation, and Lane was downgraded to a tropical storm on Friday night.

As communities continue the struggle to recover from devastating flooding in the coastal south-west of India, there are stark contrasts elsewhere, with a lack of monsoon rainfall bringing the threat of drought. While the flood-hit state of Kerala has a rainfall surplus of about 40%, parts of Tamil Nadu in the south-east of the country have deficits of 20% to 60%.

Large areas of wildfires continue to ravage the Canadian province of British Columbia, despite some relieving rainfall over the weekend. The area of burned land this summer stands at about 809,000 hectares (2m acres), the third highest on record for a wildfire season.