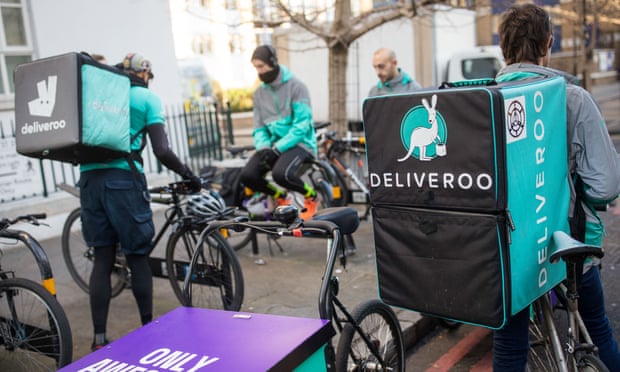 Theresa May is pressing ahead with plans to boost the rights of workers in the gig economy on areas including flexibility and pay as part of a package of measures to overhaul employment laws, the Guardian has learned.

The prime minister plans to end a legal loophole that allows companies to pay agency workers less than full-time staff for doing the same job as she attempts to demonstrate that she understands concerns about inequalities in the world of work.

Ministers are proposing repealing the so-called Swedish derogation rule even though the Treasury would be cautious about upsetting business, which reacted with alarm when it was first floated, when they are already facing Brexit uncertainty.

Business secretary Greg Clark has told cabinet colleagues that he hopes to implement several key recommendations from a review by Matthew Taylor, the chief executive of the RSA and a former senior policy advisor to Tony Blair, that was commissioned by the government last year.

It comes after Labour promised a radical extension of workers’ rights, including greater representation on company boards and employees being handed a financial stake in firms, at its party conference in September.

The government’s proposals include:

Ministers also plan to explore new powers, proposed by a separate review, to impose fines on companies that break the rules on agency worker regulations by failing to give staff holiday or sick pay, and demanding a payslip for all workers.

They want to launch a pilot scheme to investigate the level of labour exploitation at hand car washes, which are regularly linked by the police with illegal labour and modern day slavery.

They are considering setting up a single labour market enforcement agency, which would bring together the relevant parts of HMRC, the Gangmasters and Labour Abuse Authority and the Employment Agency Standards Inspectorate.

However, there is a row brewing over this proposal with Clark telling colleagues it could help ease pressure on HMRC and other agencies given the expanded role of state enforcement, while home secretary Sajid Javid is understood to have some concerns over its potential effectiveness.

Taylor’s review of modern working practices came up with 53 recommendations. His proposal to reduce the difference between the national insurance contributions of employees and the self-employed was rejected by government after a backlash from Tory MPs.

At the launch of the report in July 2017, May said her government would act to shore up the interests of those working in new insecure roles alongside traditional employees and the self-employed.

“At its best, a job can be a genuine vocation, providing the means to intellectual and personal fulfilment, as well as economic security,” she said, while pledging that any action would avoid “overbearing legislation”.

Business groups such as the CBI broadly welcomed the review, though there was a more mixed response from the unions. Unite said it had “spectacularly failed to deliver” on tackling insecure work while the GMB described it as a “disappointing missed opportunity”.

May used the publication of the Taylor review to relaunch her premiership after her disastrous election showing, insisting that her “defining beliefs” remained despite the Tories losing their majority.

Responding to the review in February, Clark promised to improve working conditions, but it has taken him until now to set out his proposals to cabinet colleagues.

Welcoming the government’s response earlier this year, Taylor said: “It will make a difference to the lives of the most vulnerable workers and that is what matters … but there is more work to be done to encourage the government to be bold in living up to its commitment to good work for all.”

There are an estimated 1.1 million people working in Britain’s gig economy, according to the RSA, with 28% in accountancy, legal work or other consultancy, 18% in plumbing, building and other skilled manual work, 17% in cleaning and other household services and 9% in delivery and courier services.