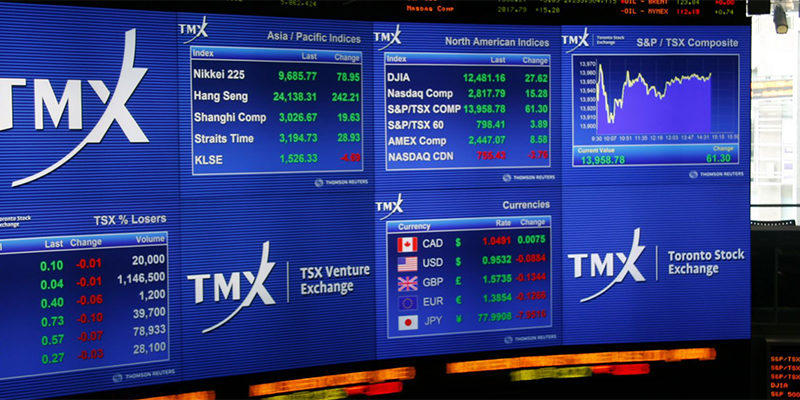 Kraft Heinz has agreed to sell its Canadian natural cheese business to Parmalat SpA in a $1.62-billion deal that will help Kraft trim its debt and extend the North American footprint of Parmalat owner Lactalis.

Imperial Oil said on Tuesday that it would go ahead with the construction of its $2.6-billion Aspen project in northern Alberta, the first new oil sand development to be approved since 2013.

Canaccord Genuity cut the rating on Slate Office REIT to hold from buy. Slate units handed over a nickel each to $7.71.

In the economic docket, Western University’s IVEY Purchasing Managers Index came in at 61.8, springing over the reading of 50.4 for September, but falling short of the 63.8 level for October 2017.

The TSX Venture Exchange gained 5.85 points to begin Wednesday at 672.02

Eight of the 12 subgroups soared in the first hour, led by information technology, leaping 2.4%, while health-care issues were haler by 1.2%, and consumer staples were up 0.8%.

The four losing groups were weighed most by gold and materials, each down 0.5%, and consumer discretionary stocks, sliding 0.4%.

U.S. stocks rallied on Wednesday after the midterm election results came in about as expected, lifting a cloud of uncertainty that was weighing on the market.

The Dow Jones Industrials strengthened 180.92 points to 25,815.93, led by UnitedHealth and Pfizer. The Dow was up 3.7% for the year through Tuesday after an October selloff leading up the election cut into its returns.

Relief that Republicans held onto the Senate also helped boost stocks, as some investors feared a so-called blue wave clamping down on Trump’s agenda.

Democrats won back the House of Representatives while Republicans retained control of the Senate, as the midterm’s outcome split Congress. Investors were bullish following the result due to the belief that gridlock in Washington will help the market.

Stocks rallied across multiple sectors, as shares of Caterpillar, Goldman Sachs, Amazon and Alphabet all rose. Caterpillar is seen getting a boost from continued economic growth and the chance that Democrats can temper Trump’s trade war dealings. There’s also some optimism the president will work with Democrats on an infrastructure plan.

Tech shares rose, as a divided Congress could also keep Trump from seriously going after giants like Amazon for being too big and influential on the economy.

Meanwhile, the Federal Reserve is kicking off a two-day meeting on Wednesday. Worries around the pace of interest rate hikes last month saw global markets hit with sharp bouts of volatility. Markets have been pricing in a higher probability of the Fed raising rates again in December, with further tightening seen through 2019.

Prices for the benchmark for the 10-year U.S. Treasury grew, lowering yields to 3.19% from Tuesday’s 3.22%. Treasury prices and yields move in opposite directions.