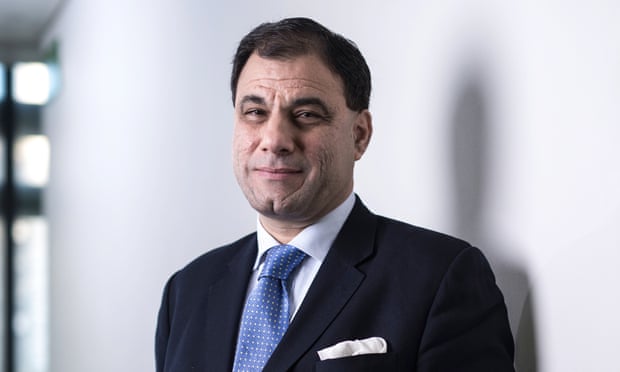 Business leaders are calling for a final say on Brexit, with a majority of firms backing a second referendum that would give voters a choice between Theresa May’s deal and staying in the EU.

A campaign group called Business for a People’s Vote, launched on Thursday, said that 57% of firms are in favour of a second referendum, according to a new YouGov poll, with support building day by day.

Sir Mike Rake, the former chair of BT, Justin King, the former chief executive of Sainsbury’s, and Lord Karan Bilimoria, the founder of Cobra beer, were among those fronting the group.

Rake said now it was clear that Britain was unlikely to clinch the type of Brexit deal many had hoped for, it was time to give the public the opportunity for a more informed choice than was available at the time of the first vote, when 52% voted to leave the EU.

“In 28 months [since the Brexit vote] we’ve virtually got nowhere,” Rake said. “We’re already seeing the jobs begin to move out, the loss of influence we’re beginning to experience right across the world … it’s now time to go back to the people.”

King said the current choice facing the British public was “a bad Brexit or a disastrous Brexit”. The former boss of Sainsbury’s added: “This time around it is a choice between the best Brexit the prime minister has been able to negotiate and a different decision. If anything, the democratic deficit is that we haven’t actually had a vote on what this is about.”

Campaigners believe that despite the prime minister’s insistence that there will be no second referendum, it would be possible if parliament votes down her Brexit deal.

The YouGov poll of more than 1,000 business leaders revealed that support for a people’s vote was strongest among large businesses, at 59%. Backing among small and medium-sized firms was 54%.

Meyerratken said plans to expand its warehouse in Pwllheli were put on hold the day after the Brexit referendum. The company is now considering expansion in Germany instead. “This is the real economy, real people, real jobs,” he said.

Bilimoria, who has built Cobra into a household name, said the Brexit process was like “watching a train crash in slow motion. People are now waking up and seeing that this emperor has no clothes. It’s happening day by day.”

However Richard Tice, co-chair of the campaign group Leave Means Leave, dismissed the call for a people’s vote.

He said: “Business leaders whingeing about uncertainty are the same people calling for a second vote, which would take a year, make us look ridiculous as a nation and thus add hugely to even more global uncertainty.”

Gig economy workers’ rights to be given boost in overhaul