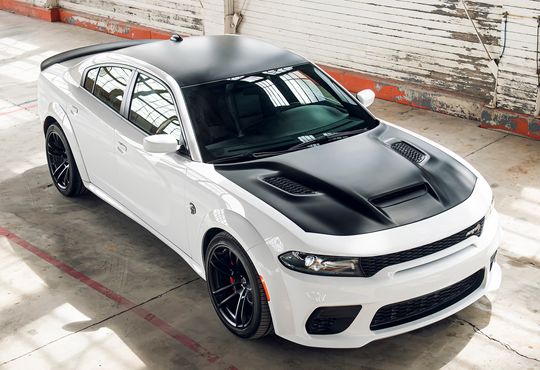 The U.S. automobile maker Dodge says it will discontinue a pair of its better-known car models, the Challenger and the Charger.

Stellantis STLA, -1.90%, the Dutch-headquartered parent of Dodge as well as Chrysler, Citroën, Jeep, Maserati, Peugeot and other marques, made the announcement on Monday that the iconic gas-powered models are “coming to an end.”

“We are celebrating the end of an era — and the start of a bright new electrified future — by staying true to our brand,” said Tim Kuniskis, chief executive officer of the Dodge brand. “At Dodge, we never lift, and the brand will mark the last of our iconic Charger and Challenger nameplates in their current form in the same way that got us here, with a passion both for our products and our enthusiasts that drives us to create as much uniqueness in the muscle car community and marketplace as possible.”

The electrified future referenced by Kuniskis is a literal one. Stellellantis announced earlier in August it’s investing $99 million in plants in Michigan and Indiana and in Toronto to retool for the production of hybrid-electric engines.

Among the reasons these models don’t fit Dodge’s electrified-future plan in their current forms are fuel economy and emissions. These models have unusually poor fuel economy for sedans (at around 20 miles per gallon, according to Kelly Blue Book), while the tighter emissions standards coming out of the Environmental Protection Agency have led to pivots among car companies.

From the archives (June 2022): Supreme Court limits the EPA in a fresh jab at the 50-year-old Clean Air Act

“The days of an iron block supercharged 6.2-liter V-8 are numbered,” Kuniskis told CNBC back in 2021. “But the performance that those vehicles generate is not numbered.”

The 2023 versions of the Challenger and Charger cars will be the last ones, the press release stated, but that doesn’t necessarily mean they will be gone forever.

Stellantis has claimed it will debut the “world’s first battery electric muscle car” in 2024, so there’s a possibility there could be EV version of these classic cars sometime in the future.

According to a Cox Automotive report in July, sales of EVs, hybrids or fuel-cell-powered vehicles increased to 442,740 in the second quarter, a 12.9% jump from a year before — these vehicles accounted for 12.6% of the U.S. automobile market last quarter.

The Dodge news arrives concurrent with the signing by President Joe Biden of the Inflation Reduction Act. The legislation, passed via the budget-reconciliation process after a breakthrough in negotiations involving conservative Senate Democrat Joe Manchin, Majority Leader Chuck Schumer and the White House, involves a tax credit of up to $7,500 for first-time EV purchases.

Bank of America’s Overdraft Fees Down 90% Under New Policy