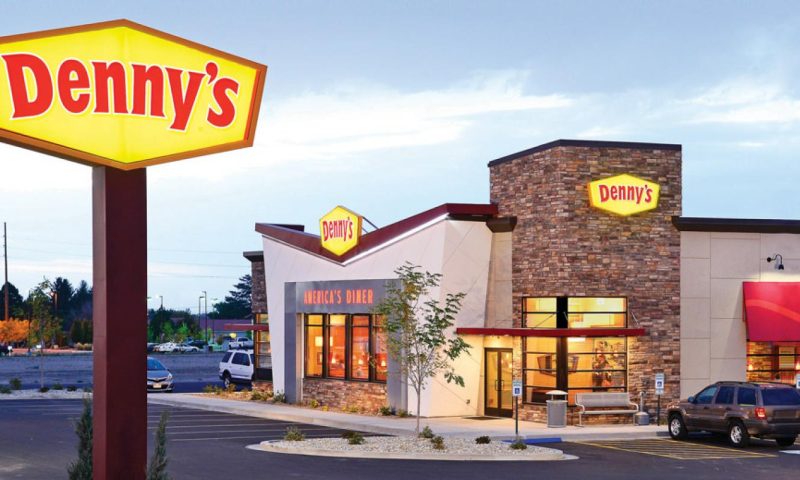 Denny’s (NASDAQ:DENN – Get Rating) was downgraded by analysts at StockNews.com from a “buy” rating to a “hold” rating in a research report issued on Thursday.

Denny’s (NASDAQ:DENN – Get Rating) last posted its quarterly earnings data on Tuesday, May 3rd. The restaurant operator reported $0.11 earnings per share for the quarter, missing the consensus estimate of $0.13 by ($0.02). Denny’s had a negative return on equity of 51.77% and a net margin of 23.41%. The business had revenue of $103.10 million for the quarter, compared to analyst estimates of $102.13 million. During the same period in the prior year, the firm posted $0.01 EPS. Denny’s’s revenue for the quarter was up 27.9% on a year-over-year basis. As a group, equities analysts forecast that Denny’s will post 0.6 earnings per share for the current fiscal year.

Hedge Funds Weigh In On Denny’s

Denny’s Corporation, through its subsidiary, Denny’s, Inc, owns and operates full-service restaurant chains under the Denny’s brand. As of December 29, 2021, it had 1,640 franchised, licensed, and company restaurants worldwide. The company was formerly known as Advantica Restaurant Group, Inc and changed its name to Denny’s Corporation in 2002.