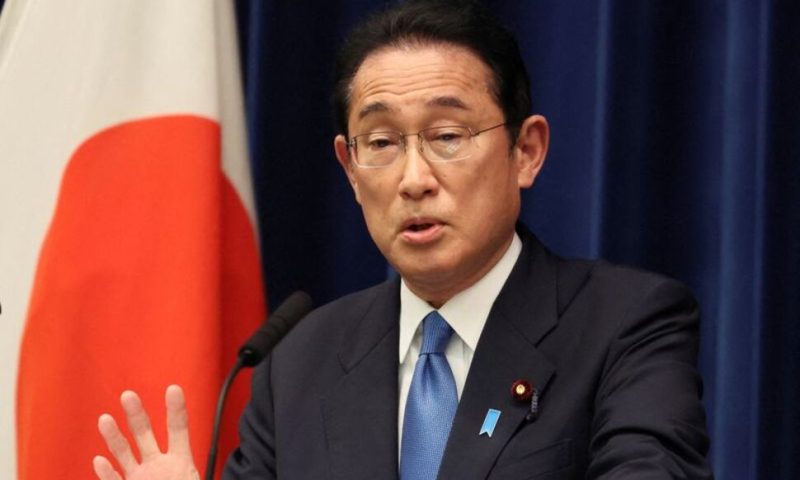 TOKYO – Japanese Prime Minister Fumio Kishida, who has vowed to substantially increase his nation’s defence spending, said on Tuesday there are no numerical targets for the outlay.

In the face of Russia’s invasion of Ukraine and an increasingly tense situation in Asia with missile tests from North Korea and a more assertive China, Kishida has vowed to strengthen defence fundamentally in five years.

The issue is expected to be a focus of public attention leading up to the election for Japan’s less powerful upper house of parliament on July 10. Campaigning starts on Wednesday.

Asked at a debate of political party leaders how much he plans to raise Japan’s defence spending and how he will finance the rise, Kishida said that there was no numerical target – and that the issue didn’t come up in discussions with U.S. President Joe Biden last month.

“We never had talks with numerical targets in our minds (at the summit meeting) … What I’ve been proposing is to build the necessary defence capability in five years, while keeping a close eye on what’s happening in other countries,” Kishida said.

“As we prepare to acquire what’s necessary, it will become clear how big a (defence) budget we need, and then, depending on the size of the budget, we will need to think about how to finance it.”

The yen’s slide in recent weeks to 20-year lows against the dollar, boosting the cost of imported goods, will put upward pressure on procurement costs.

Although Kishida’s ruling Liberal Democratic Party is expected to do well in the election, recent public opinion surveys have shown Kishida’s support edging lower, with most voters particularly unhappy about rising prices.

Since no further national elections need to be held for the next three years, a substantial win for the LDP would free Kishida’s hand to tackle policy issues ranging from a weak yen to revising the war-renouncing constitution.