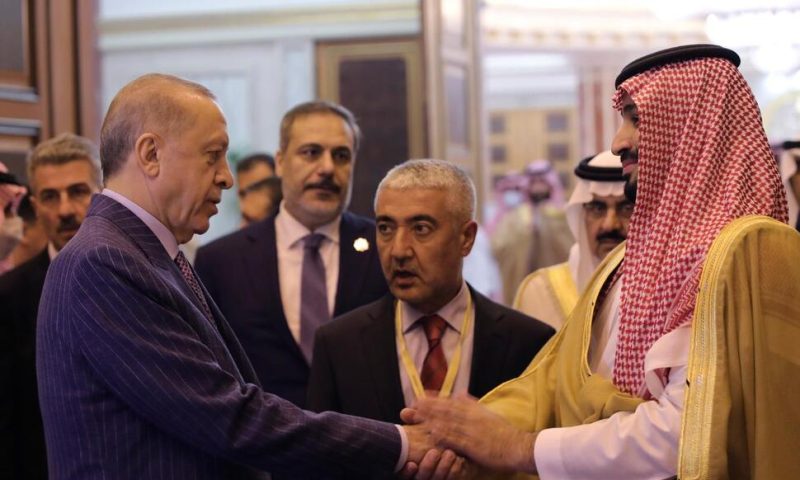 As Saudi Arabia and Turkey press ahead with efforts to repair ties that were strained by Khashoggi’s killing, the crown prince will meet President Recep Tayyip Erdogan on the last leg of a Middle East tour that also took him to Egypt and Jordan.

Erdogan said talks with Prince Mohammed, who is commonly referred to by his initials MBS, would focus on advancing Turkish-Saudi relations to a “much higher degree.” Erdogan visited Saudi Arabia in April, paying his first visit to the kingdom since 2017, a year before the gruesome killing of Khashoggi by Saudi agents inside the kingdom’s Istanbul consulate.

Efforts by the regional heavyweights to improve their ties come as Turkey faces its worst economic crisis in two decades and is trying to draw investments from wealthy Gulf Arab states. Turkey has also taken steps to improve relations with the United Arab Emirates, Egypt and Israel.

Saudi Arabia for its part, has been trying to broaden its alliances at a time of strained relations between Riyadh and Washington. The crown prince also seeks to put an end to the scandal over Khashoggi’s killing that damaged his reputation.

Turkey opened a trial in absentia against 26 Saudis suspected in Khashoggi’s killing, but the court earlier this year ruled to halt the proceedings and transfer the case to Saudi Arabia, paving the way for the countries’ rapprochement.

Prince Mohammed’s Middle East trip comes before U.S. President Joe Biden’s scheduled trip to the region next month. Biden is scheduled to visit Saudi Arabia at the tail end of his July 13-16 trip that includes stops in Israel and the occupied West Bank.

The killing of Khashoggi sparked global outrage and put pressure on Prince Mohammed, who was said to have approved the operation to kill or capture Khashoggi, according to a U.S. intelligence assessment. The prince has denied any knowledge of the operation that was carried out by agents who worked directly for him.

While never naming Prince Mohammed, Erdogan said the operation that killed Khashoggi was ordered by the “highest levels” of the Saudi government.

Khashoggi entered the consulate in October 2018 by appointment to obtain papers to allow him to wed his Turkish fiancée, who waited for him outside. He never emerged and his body was never found.