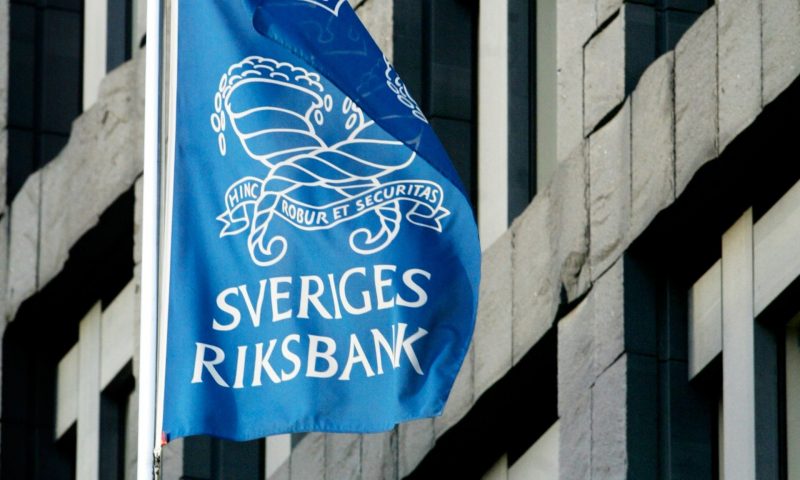 STOCKHOLM – Sweden’s central bank on Thursday kept its key repo rate at 0%, as expected, and indicated that a first rate hike will likely come toward the end of 2024.

The Riksbank had previously said it expected the repo rate to remain unchanged at zero throughout its forecast horizon that ran to the third quarter of 2024, but updated forecasts presented Thursday show a rate hike in the fourth quarter of 2024.

The bank also said it will begin reducing its balance sheet ahead of the forecast rate hike.

“The Executive Board’s forecast is that the asset holdings will remain approximately unchanged in 2022 and then decrease gradually,” it said.

“With this monetary policy, inflation is expected to be on target in the longer run.”

The asset purchase programme initiated in March 2020 will expire on 31 December 2021 and the Riksbank said it will purchase bonds for 37 billion Swedish kronor ($4.05 billion) during the first quarter of 2022.

Inflation in Sweden is expected to fall next year as the rise in energy prices is expected to moderate while supply-chain bottlenecks will be resolved as growth enters a calmer phase, the bank said.

If inflation is to be close to the target in the longer term, cost pressures need to increase more permanently, which requires continued support from monetary policy, it added.