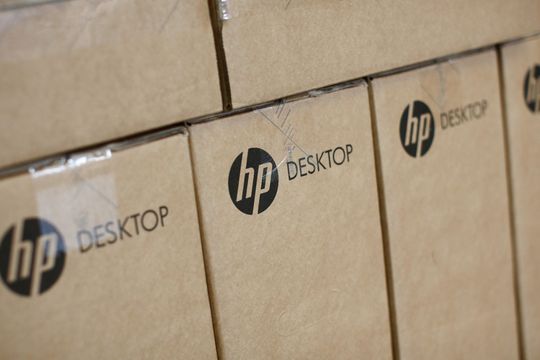 HP Inc.’s stock surged in extended trading Tuesday after the iconic computing giant reported a sharp jump in personal computer sales and overall revenue, but acknowledged component shortages will linger through the first half of 2022.

Component constraints will remain an issue the next few quarters, but HP’s ability to “mix and match” parts was reflected in a stronger-than-expected quarter, HP HPQ, +0.81% Chief Executive Enrique Lores told MarketWatch in an interview before the results were announced. “Our exceptional sales was a reflection of our actions,” he said.

Shares ended the extended session up 7.5%, after jumping more than 15% higher immediately after the results were announced.

Analysts surveyed by FactSet had expected net income of 88 cents a share on revenue of $15.39 billion in the fourth quarter.

HP’s personal systems sales, which include PCs and laptops, made up a large chunk of quarterly revenue, at $11.8 billion, up 13% from the same quarter a year ago. The performance blew past the estimates of analysts polled by FactSet. They had forecast $10.5 billion. HP’s focus on higher-end personal systems made up for a decrease in consumer sales.

Printer revenue, however, was relatively flat at $4.9 billion.

Still, backlog remains an issue, with the equivalent of one quarter of goods. A nationwide supply-chain issue continues to dog makers of consumer electronics, among many other products.

While generally lauding HP’s fourth-quarter performance, Futurum Research principal analyst Daniel Newman offered a mixed report card. “Through one lens, the company has executed well, delivering revenue and margin acceleration and has managed the supply constraints fairly well,” Newman said. “Through another lens, the company has lagged market-share leads like Dell DELL, -0.83% and Lenovo 992, 2.57%, which have grown faster and seemingly had more success dealing with the macroeconomic headwinds.”

He wrote: “[W]hen will HP’s availability of product improve?; (2) What does the PC cycle look like moving forward and in 2022?; (3) Can HP’s elevated corporate PC backlog offset any potential weakness in Chromebooks/Consumer PCs?; (4) Can overall printing grow on an ongoing basis; and (5) What are normalized printing operating margins given that high-margin supplies are likely to decline at low- to mid-single digit rates going forward?”