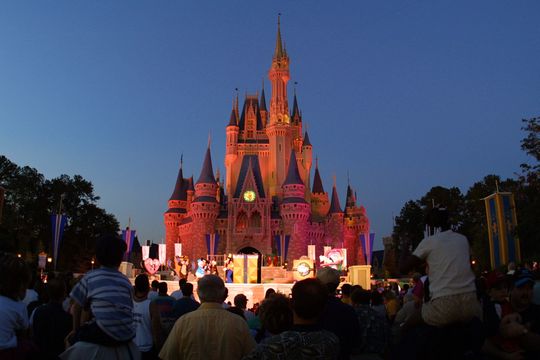 Walt Disney Co. has warned that pandemic-related production delays may impact its Disney+ subscriber numbers for the current quarter, but the media company could be facing more “structural” problems in streaming despite its red-hot entry into the market.

That’s according to Barclays analyst Kannan Venkateshwar, who downgraded Disney’s stock DIS, -3.01% to equal-weight from overweight Monday, while lowering his price target to $175 from $210.

“In order to get to its long term streaming sub guide, Disney needs to more than double its current pace of growth to at least the same level as Netflix,” Venkateshwar wrote. “We believe this may be tough to do.”

One looming problem for Disney is that its growth in India has been strongly helped by cricket programming, and the rights for that reset after next year, according to Venkateshwar. “Recent M&A in the market may result in either more pressure on rights costs or a loss of these rights,” he wrote.

He’s seen a “limited impact” to date from Disney’s other attempts at geographic expansion, pointing to the company’s Star+ streaming offering in Europe and Latin America.

Disney’s history and structure could also make it challenging for the company to stay ahead of the game in streaming, in Venkateshwar’s view. Not only does the company’s focus on franchises present logistical hurdles in terms of planning for releases, he wrote, but streaming viewers have a breadth of services to choose from and are looking for offerings that churn out new programming regularly.

While Disney’s programming in general gets a positive reception from consumers, the company trails competitors on an absolute basis in terms of its number of highly rated programs, according to a Barclays analysis.

For Disney to deepen its range of content offerings, the company will need to undergo a “wholesale thought process change across the content organization and a willingness to look beyond franchises,” per Venkateshwar. Such a move will require a new culture and risk appetite. He notes that free services Pluto and Tubi have “robust” content portfolios, which seems consistent with his belief that quantity matters in streaming.

“[W]hile Disney does well on ratio of good to bad shows, viewers are more likely to find something good to watch on free services than on Disney+ given the sheer volume on Tubi and Pluto,” he wrote.