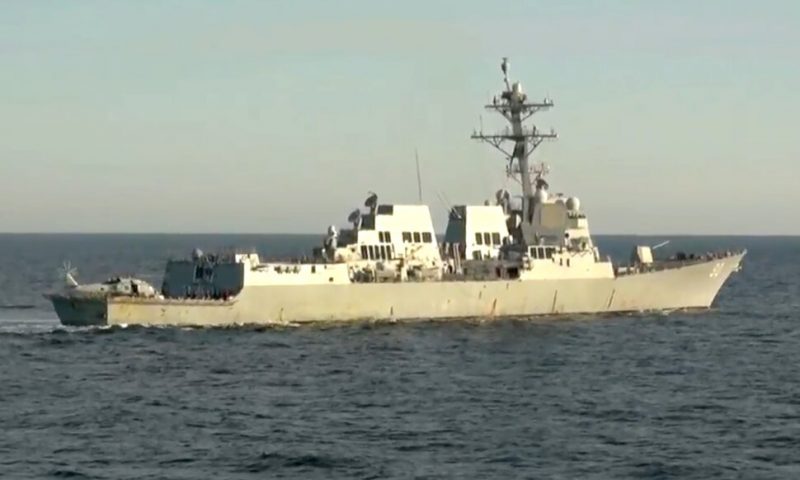 The destroyer USS Chafee did indeed come within a few hundred feet of a Russian vessel, but the encounter did not amount to a ‘gross violation’ of maritime rules, the Navy says.

The U.S. Navy on Friday refuted bold claims from the Russia’s Ministry of Defense earlier in the day that its maritime forces had “thwarted” the destroyer USS Chafee from “violating” Russian territory in the Sea of Japan, a move Moscow called a “gross violation.”

“The statement from the Russian Defense Ministry about the interaction between our two Navy ships is false,” a spokesman for the U.S. Pacific Fleet tells U.S. News in an emailed statement. “The interaction was safe and professional.”

The heated exchange comes at a time of raised tensions in the region, following heightened Chinese military provocations against U.S. and allied forces. China – a military partner of Russia’s – flew an unprecedented number of warplanes over Taiwan in response to large-scale U.S.-led marine exercises last week. Reports that U.S. forces are operating in Taiwan further inflamed tensions with Beijing.

Russia’s military claimed earlier on Friday that the Chafee, based out of Hawaii, had been operating in the Sea of Japan for several days and tracked it on a course to enter Russian maritime territory. It also claimed it had previously closed off the area in which the Chafee was operating for ongoing live-fire military drills Russia is currently conducting with China.

The Russian navy ship Admiral Tributs intercepted the Chafee at roughly 5 p.m. local time to force it to change course. The Chafee then raised signal flags to indicate it was about to launch a helicopter, which would require it to remain on its established course. Russia claimed the Chafee came within 200 feet of the Tributs, contributing to what its state news service called “a gross violation of the International Rules for Preventing Collisions at Sea,” as well as other maritime agreements between Russia and the U.S.

The Ministry of Defense summoned the U.S. military attache assigned to Moscow to raise its concerns about the incident.

The U.S. Pacific Fleet spokesman confirmed many of the details but said the closest distance the two vessels reached from one another was closer to 215 feet. It confirmed Russia issued a notice to close off the area for the drills – known in military parlance as a Notice to Airmen and Mariners, or NOTAM/NOTMAR – but that it did so for later in the day, not at the time of the encounter.