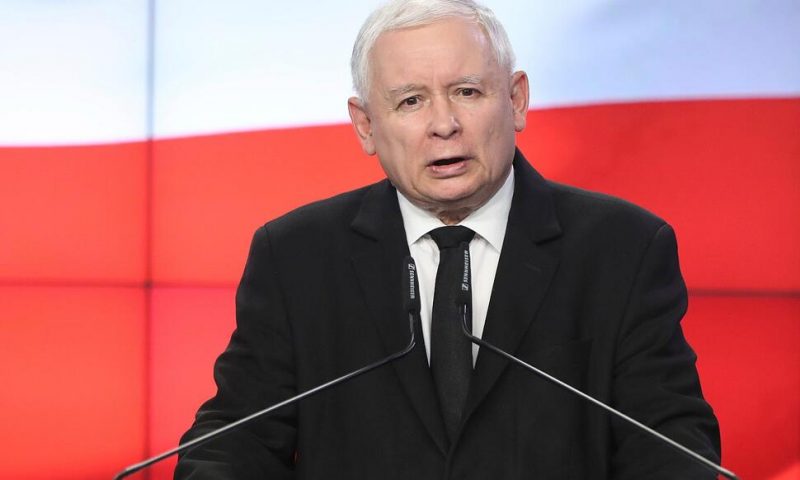 Poland’s most powerful politician says the country’s future is in the European Union but that Poland also wishes to remain a sovereign country.

WARSAW, Poland — Poland’s most powerful politician says the country’s future is in the European Union and that there will be “no Polexit,” but that Poland at the same time wishes to remain a sovereign country.

Jaroslaw Kaczynski, who is the head of the ruling conservative Law and Justice party, made his comments in an interview with state news agency PAP that was published Wednesday.

It follows some harsh comments last week about the 27-member bloc from some key members of his party which led many opposition politicians to accuse the country’s leadership of seeking to take the country out of the EU.

Some political observers in Poland, where support for EU membership is very high, also fear that harsh comments about the EU could put Poland on a path to leaving the bloc by accident.

“There will be no Polexit. It’s a propaganda invention that has been used many times against us,” said Kaczynski, who is also a deputy prime minister. “We unequivocally see the future of Poland in the European Union.”

Last week, two high-ranking Law and Justice officials made strong comments about the EU after the bloc moved to punish Poland financially for actions that increase the governing party’s control over the courts. Brussels says they violate the rule of law.

Ryszard Terlecki, the party’s deputy leader, said that if things don’t go the way Poland likes, “we will have to search for drastic solutions.”

“The British showed that the dictatorship of the Brussels bureaucracy did not suit them and turned around and left,” he said.

Marek Suski, another leading party member, said that Poland “will fight the Brussels occupier” just as it fought the Nazi and Soviet occupiers in the past.

Suski added: “Brussels sends us overlords who are supposed to bring Poland to order, to put us on our knees, so that we might be a German state, and not a proud state of free Poles.”

Poland accuses the EU of infringing on its sovereignty by opposing changes to the country’s judicial system introduced by the government, which is led by Law and Justice.

Kaczynski argued that rule of law is an area of responsibility alone for the member states and “cannot be the subject of the type of interference that is currently occurring.”

In his opinion, member states aren’t being treated equally, which goes against the bloc’s principles.

“We want to be in the (European) Union, but at the same time we want to remain a sovereign state,” he said. “We want what was agreed in the treaties to be very strictly observed.”

The EU, however, argues that because the EU’s legal order is integrated, it is essential to protect the independence of courts in each member state.