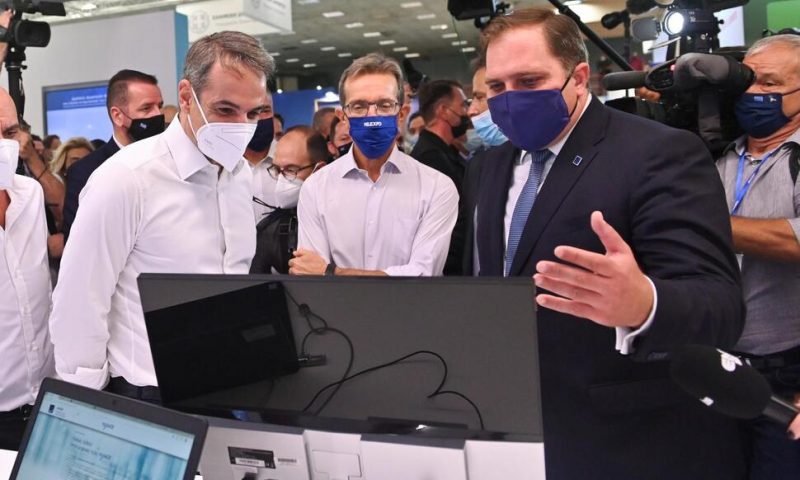 Greece’s prime minister says the economy will grow 5.9% during 2021.

Mitsotakis noted that despite there are about 70,000 more people employed than before despite the pandemic; 46,000 additional businesses, and bank savings increased by 35 billion euros ($41 billion), of which 20 billion ($23 billion) were from additional household savings.

The faster growth gave the prime minister the fiscal space to announce a range of tax reductions and spending targeted at young people, small businesses and the middle class. Small businesses are encouraged to merge with tax breaks and new entrants in the job market will be subsidized. There was even something for 15- to 17-year-olds who will be vaccinated, in the form of 50 gigabytes of free data for their smartphones.

“Our announcements have one main goal: to increase households’ disposable income,” Mitsotakis said.

“This tragedy of overheating will be avoided only if the planet reduces (carbon) emissions to zero by 2050,” he said, adding that his government will effect a swift transition away from the heavily polluting lignite, or brown coal, into renewable energy.

To help with the transition and also to counteract rising electricity prices, the government will set aside a 150 million-euro ($177 million) fund to help consumers absorb the price rises. In addition, about 24 billion euros ($28 billion) will be invested in environmentally-friendly projects, with the help of EU funds.

While Mitsotakis was touting the achievements of his government despite the pandemic emergency, around 3,500 people protested against vaccine mandates, especially for health workers, and other restrictions including the requirement for those who are not vaccinated to show coronavirus test results at certain places.

The protesters clashed with riot police near the venue, throwing firebombs, firecrackers and stones at police, who responded with tear gas and stun grenades and gave chase to the protesters. The clashes lasted about an hour, and there were nine arrests.

There were also protest marches by unionists and the extreme left. Participants in the latter burned a U.S. and a European Union flag, as well as electricity bills, but there was no confrontation with police.

Police put the total number of protesters at 21,000.