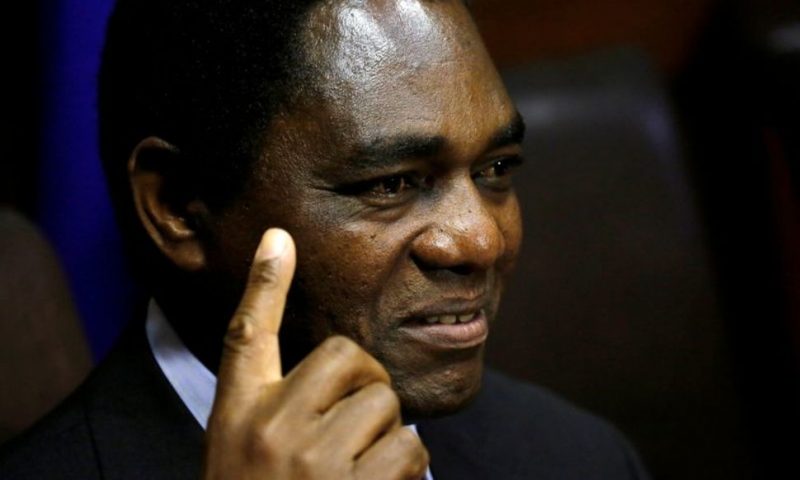 LUSAKA – New President Hakainde Hichilema pledged on Tuesday to tackle Zambia’s “unsustainable” debt, lamenting that the national budget was overwhelmed by the cost of servicing it.

LUSAKA – New President Hakainde Hichilema pledged on Tuesday to tackle Zambia’s “unsustainable” debt, lamenting that the national budget was overwhelmed by the cost of servicing it.

Hichilema spoke during his swearing-in as the southern African country’s seventh president, after a landslide election victory earlier this month over incumbent Edgar Lungu.

It marked Zambia’s third peaceful change of power to an opposition party since independence from Britain in 1964.

“Over the last decade…, the debt situation has become unsustainable, reducing the country’s capacity to invest,” a masked Hichilema told well-wishers packed into a stadium in the capital, Lusaka, after performers danced to loud drum beats in celebration.

“Our national budget has been overwhelmed by debt servicing…We must restore this (previous) situation.”

To do that, the 59-year-old former CEO of an accounting firm faces the unenviable task of striking a deal with a diverse bunch of rival creditors.

Of Zambia’s $12 billion external debt, some $3 billion is in Eurobonds, $3.5 billion is bilateral debt, $2.1 billion is owed to multilateral lending agencies, such as the IMF, and along with another $2.9 billion of commercial bank debt.

A quarter of the total is held by either China or Chinese entities via deals shrouded in secrecy clauses – which makes negotiations for IMF relief particularly tough.

“Our focus over the next five years will be restoring macroeconomic stability,” Hichilema said. “We will pay special attention to lowering the fiscal deficit, reducing public debt and restoring market confidence in our country.”

In a sign that confidence in the major copper-mining country may be returning, Zambia’s dollar-denominated sovereign bonds have climbed steadily since Hichilema’s surprise victory, reflecting optimism that its debt crisis can be resolved. Bonds have added around 10 cents across the curve, with the spread of the debt over safe haven U.S. Treasuries on Monday dipping below 2,000 points for the first time since March 2020.