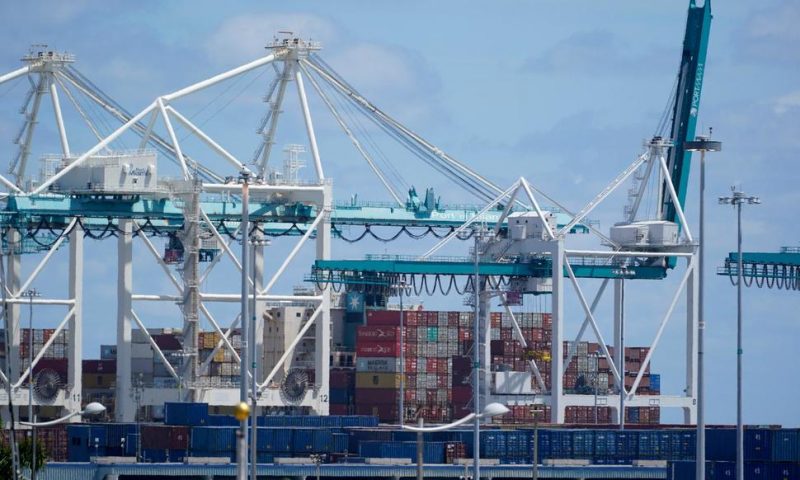 The U.S. trade deficit increased to a record $75.7 billion in June as a rebounding American economy sent demand for imports surging.

WASHINGTON — The U.S. trade deficit increased to a record $75.7 billion in June as a rebounding American economy sent demand for imports surging.

The Commerce Department reported Thursday that the deficit rose 6.7% from a revised May deficit of $71 billion. The June deficit set a record, topping the old mark of $75 billion set in March. The trade deficit represents the gap between what the country exports to the rest of the world and what it purchases from other countries.

Through the first six months of this year, the U.S. trade deficit totals $428.6 billion, up 46.4% from the deficit during the same period in 2020, a time when Americans’ demand for imports was being dampened by the pandemic.

With the U.S. economy rebounding much more quickly than the rest of the world, U.S. demand for imported goods is out-stripping a slower increase in foreign countries’ appetite for U.S. exports.