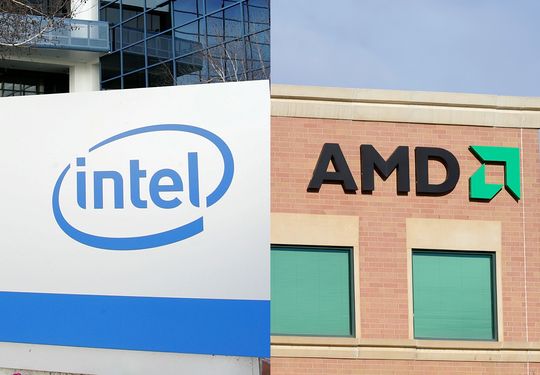 AMD AMD, +5.52% shares closed up 5.5% at a record $118.77 Wednesday, after carving out a new all-time intraday high of $122.49. Shares closed at a then-record $112.56 on Tuesday. The sixth straight day of record-high closing prices coincides with a sixth straight day of gains of 2% or more. The last time AMD shares experienced such a streak was June 2, when the stock rose for seven days in a row, according to Dow Jones data.

Coincidentally, AMD’s streak began on July 28, the day after the company said it expected stronger data-center sales in the second half of the year, even as quarterly sales nearly tripled from those of a year ago, and hiked its revenue forecast to a 60% gain for the year. Since then, shares have rallied as much as 35%, while Intel INTC, -0.30% shares, which closed down 0.3% Wednesday, have gained 1% since July 28.

Additionally, the PHLX Semiconductor Index SOX, +1.18% closed at its fourth record high in a row at 3,436.90, having finished at 3,396.66 on Tuesday. Chip stocks have been popular amid a global shortage of semiconductors that has pushed prices up.

On Tuesday, AMD announced its line of Radeon Pro W6000X series of GPUs would be available in Apple Inc. AAPL, -0.28% Mac Pro desktops. The addition of AMD’s high-powered graphics cards to the already-pricey $6,000 Mac Pro can tack on up to another $10,000 to the workstation’s sticker price.

Another tailwind for AMD shares could be coming from a Bloomberg report Tuesday that the U.K. may block GPU rival Nvidia Corp.’s NVDA, +2.32% $40 billion acquisition of Arm from Japan’s SoftBank Group Corp. 9984, -0.82%, citing national security reasons, a development that could benefit AMD.