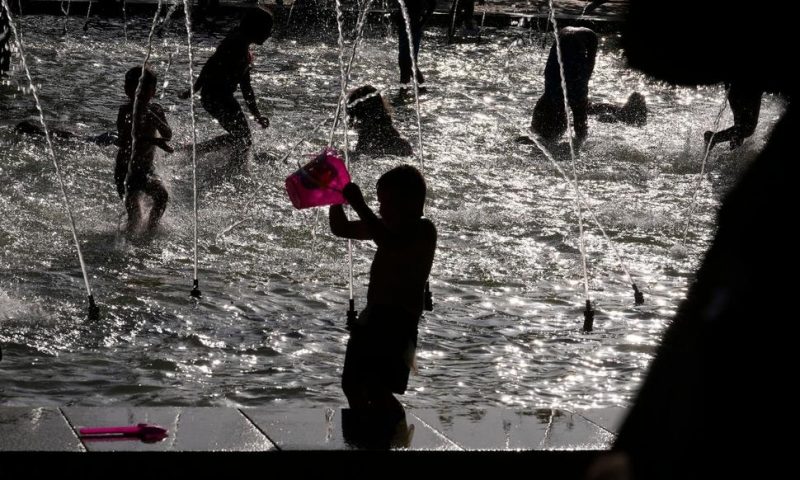 The government says that the latest hikes in electricity bills are driven by spiraling prices of so-called carbon certificates, which give companies the right to release carbon dioxide, gas imports that Spain needs to complete its energy mix, and the surging power demand of the summer months.

In the latest effort to rein in prices, lawmakers were voting Wednesday on whether to uphold the government’s move last month to cut the value-added tax on most households’ electricity bills from 21% to 10% until the end of this year and to scrap a 7% tax on power generation for at least three months. Utility companies pass on the cost of that tax to their customers.

But consumers’ associations said that the savings by those two measures have already been offset by the surge in prices that both Spain and Portugal, which share the electricity purchasing market, have seen since the beginning of this year.

Wednesday’s megawatt per hour was costing residents in both countries an average of 106 euros ($124), according to OMIE, the electricity market operator in the Iberian Peninsula. In Spain, that was the costliest price since records exist, surpassing the previous record of 103 euros/MWh on Jan. 11, 2002.

Facua, one of Spain’s biggest consumer rights platforms, said that Spaniards will see on average a 35% hike on their July electricity bill compared to the same month in 2020. The increase comes at a time when many households are grappling with the economic fallout of the coronavirus pandemic.

He said the main problem was a rule in the daily auction of power for which the government pays all the megawatts it buys from different power sources at the highest price of all of them, which is usually is electricity generated with gas.

“We have done what’s in our hands by bringing down the VAT,” said Félix Boñaos, the new minister in charge of the prime minister’s office. “The rest of it are factors that need to be dealt with at the European level.”

Environment Minister Teresa Ribera said that she had written a letter to the EU’s executive branch stressing the need to reform the bloc’s electricity market, but warned that the upward trend in prices was likely to continue in the coming months.