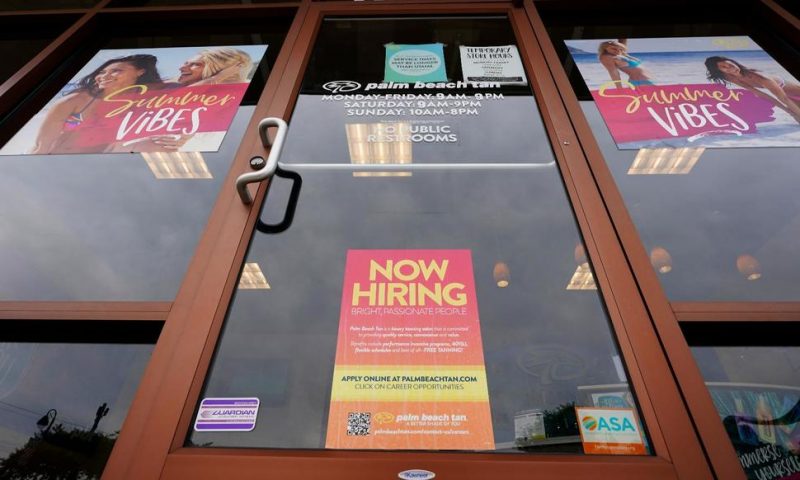 U.S. employers posted a record-high number of open jobs for the second straight month as a rapidly rebounding economy has created an intense demand for workers.

The number of available jobs on the last day of May rose slightly to 9.21 million, from 9.19 million in April, the Labor Department said Wednesday. That is the highest since records began in December 2000. The previously-reported figure for April of 9.3 million was revised lower.

The number of people quitting their jobs slipped in May from a record high in April, but remains elevated. And the percentage of workers getting laid off hit a record low in May, the report said.

The figures point to a tight job market, with employers forced to pay more to attract workers yet still struggling to fill open jobs. And many workers are leaving jobs for better-paying positions at other companies. It’s unusual for such dynamics to have kicked in with the unemployment rate still elevated at 5.9% in June, as the government reported last week.

In May, there was essentially one open job for every unemployed American, a situation that is far more typical of an economy with a much lower unemployment rate.

But the lingering effects of COVID-19 are keeping many potential workers on the sidelines. Some of those out of work are worried about the risk of getting the disease from large crowds, while many older Americans have retired early. And an extra $300 in weekly unemployment aid has allowed Americans to seek out higher-paying jobs rather than return to previous positions that may have paid little.

Jennifer Lee, an economist at BMO Capital Markets, noted that job openings appear to have leveled off, with total postings jumping more than 10% in March and April, but barely rising in May.

“There are jobs … and there is an urgent need to fill them,” she said in a note to clients.

Open jobs rose in restaurants and hotels, education, and health care. They fell in construction, finance, and transportation and warehousing.

Employers have stepped up hiring, in part by offering higher pay. Job gains picked up in June, the government said last week, as employers added 850,000 jobs, the largest monthly increase since last August. The unemployment rate ticked up to 5.9% from 5.8%, though that was partly because some people started looking for work that month.

Have a Seat: Patio Furniture Shortage Tells US Economic Tale