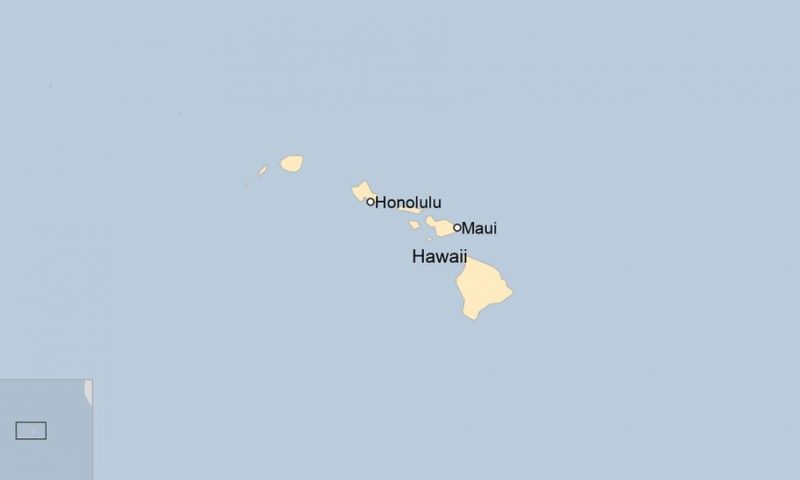 A Boeing 737 cargo plane with two people on board has crashed off the coast of Hawaii after reportedly experiencing engine trouble.

According to the US Federal Aviation Authority (FAA), the Coast Guard rescued both pilots.

The aircraft was en route from Honolulu to the island of Maui, but went down in the water soon after taking off from Daniel K Inouye International Airport.

The FAA and National Transportation Safety Board will investigate.

A Boeing statement reported by US media said they were in contact with authorities and are “closely monitoring the situation”.

Footage broadcast by NBC shows a man thought to be one of the pilots being taken away in a wheelchair. He appears to be conscious.

It also shows an ambulance leaving the scene.

According to officials from the state’s transport department, quoted by local outlet Hawaii News Now (HNN), one pilot was airlifted to Queen’s Medical Center and taken to intensive care in critical condition.

Rescuers brought the other pilot to shore by boat, HNN said. He is reportedly in a serious condition with a head injury.

Flight tracking website Flightradar24 tweeted that it was a 737-200 cargo aeroplane operated for the carrier Transair since 2014. It was built in 1975 and first delivered to Pacific Western Airlines.

Transair Flight 810 left Honolulu bound for Kahului at 01:33 local time (11:33 GMT), Flightradar 24 said, but turned back quickly afterwards, and crashed into the water after just minutes in the air.

According to its website, Transair has been in business since 1982 and is one of Hawaii’s biggest air cargo operators. It has a fleet of five Boeing 737s, it said.

This aircraft is not the same as a Boeing 737 Max, the aircraft temporarily grounded by authorities after two fatal passenger airline crashes in 2018 and 2019 respectively.

The 737 Max was cleared to fly again by US regulators in 2020, but it recently came under further scrutiny.

UK Urged to Defer Winding Down of Salary Support Program