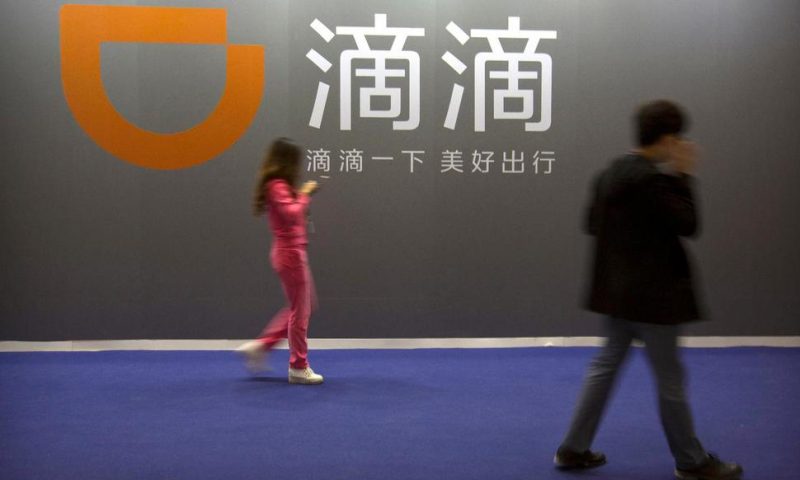 Prior to the IPO, the company said it aimed to spend 30% on technology development, another 30% to expand outside China and 20% on new products.

Didi’s U.S. market debut comes a day after the company said it lost $5.5 billion over the past three years, though the company also touted its global reach and investments in developing electric and self-driving cars. Didi operates in 16 countries, though almost 90% of the 493 million customers who used the service at least once in the past year are in China.

The company founded in 2012 by Will Wei Cheng, a veteran of e-commerce giant Alibaba Group, says it aims to become the “world’s largest one-stop transportation platform” and operator of vehicle networks.

“We aspire to become a truly global technology company,” said Cheng and president Jean Qing Liu in the prospectus. Liu is a former Goldman Sachs managing director and the daughter of Liu Chuanzhi, founder of computer maker Lenovo Group.

Didi acquired rival Kuaidi in 2016 and Uber Technologies Inc.’s China operation the following year, ending a battle in which the American company said it was losing $1 billion a year.

China’s populous ride-hailing market has gone through abrupt changes as the ruling Communist Party tries to nurture development of technology while keeping control of promising industries.

Founded as a smartphone-based taxi-hailing service, it launched ride-hailing in 2014 and expanded abroad in 2018 by acquiring Brazil’s 99 Taxis and setting up operations in Mexico.

In 2015-16, regulators tightened control in what state media said was an effort to curb traffic congestion and prevent crime linked to ride-hailing services. Drivers were required to be residents of cities and towns where they worked and to be more closely supervised.

Didi has plowed money into development of self-driving, electric vehicles and other technology. The company launched an electric car last year with Chinese automaker BYD Auto, a unit of BYD Ltd.

Latest Reopenings Mark Return to Business in Mainland US