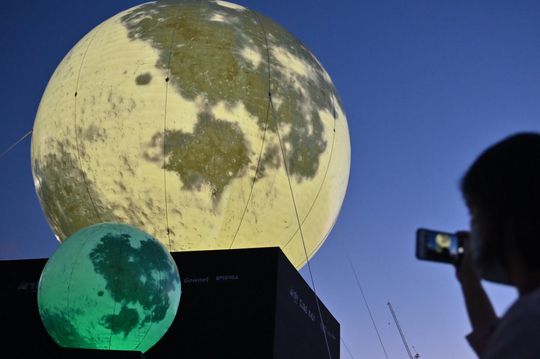 Jobs picture may call the tune as inflation fears ebb

A last gasp or a second wind?

Cyclically sensitive stock-market sectors led a sharp stock-market rebound Monday, but peaking inflation expectations and a volatile cross-asset reaction to last week’s change in tune by the Federal Reserve has investors wondering if the reflation trade — a bet that assets that are set to benefit from a post-pandemic surge in growth and inflation will outperform their traditionally safer counterparts — has run its course.

Take a look at the chart below, highlighted over the weekend by Jefferies analysts, noting that consumer inflation worries, as measured by the University of Michigan’s monthly survey, peaked in May, around the same time as market-based measures of inflation concerns.

They noted that consumers have proven to be pretty good at prognosticating the inflation threat, with peak inflation worries coinciding with a top in the U.S. consumer-price index over the last three cycles.

But don’t throw in the towel, the analysts said. While a peak in inflation worries makes some sense as supply-chain bottlenecks get worked out and base effects — comparisons with prices depressed a year ago by the pandemic — fall out, price pressures may be due to work lower. But, they argued that with the labor market likely to tighten significantly, investors may not have heard the last word on inflation.

The noted that what’s known as the U-4 unemployment rate, which includes unemployed persons seeking work, as well as discouraged workers who have stopped looking for jobs, has fallen back to mid-single digit territory rather quickly as the pandemic recovery continues. They noted that in several cases, the CPI progressed to the 2% to 3% range when U-4 dropped below 5% (see chart below).

The Fed last week showed that policy makers have penciled in two rate hikes by the end of 2023, earlier than investors had anticipated, while also acknowledging that discussions had started around the eventual slowing of the central bank’s asset-buying program.

That triggered volatile moves across financial markets, with the U.S. dollar soaring. The dollar took its cue from shorter term Treasury yields, which rose sharply, while ignoring a drop in long-term 10- TMUBMUSD10Y, 1.499% and 30-year TMUBMUSD30Y, 2.114% yields — flattening the so-called yield curve. Debt prices and yields move inversely to each other.

The shift in the curve was in keeping with expectations that the Fed’s shift was likely to curtail longer-term inflationary pressures. Rising inflation worries, in contrast, tend to weigh on prices for longer-term bonds because they sap the value of coupon payments.

In turn, tech and shares of other growth-oriented companies, which are more sensitive to long-term interest rates, rallied, while more cyclically sensitive stocks suffered. The Dow Jones Industrial Average DJIA, +1.76% fell 3.5% last week, its steepest such decline since October, while the small-cap Russell 2000 RUT, +2.16% dropped more than 4%. A sharp drop in commodity prices, a casualty, in part, of the rising dollar, also weighed on cyclicals.

Saira Malik, chief investment officer for Nuveen’s $420 billion global equity division, argued Monday that the reflation trade was due to reassert itself.

Last week’s rotation came after the Fed sounded the most hawkish tone investors have heard since the start of the pandemic, she acknowledged, in emailed comments.

“But taken in context, the central bank remains committed to an accommodative posture. The Fed’s statements sparked an immediate rotation out of the reflation trade in favor of growth and defensive sectors, but we anticipate cyclical leadership to return as investors return their focus to the realities of long-term accommodative policies,” Malik said.

And Fed Chairman Jerome Powell, she noted, also pointed to the likely transitory nature of recent inflation spikes, which should also help more cyclical areas of the market.

“A few nice payrolls prints could be on tap, and we expect a growing economy will bolster the reflation trade once more,” they wrote.