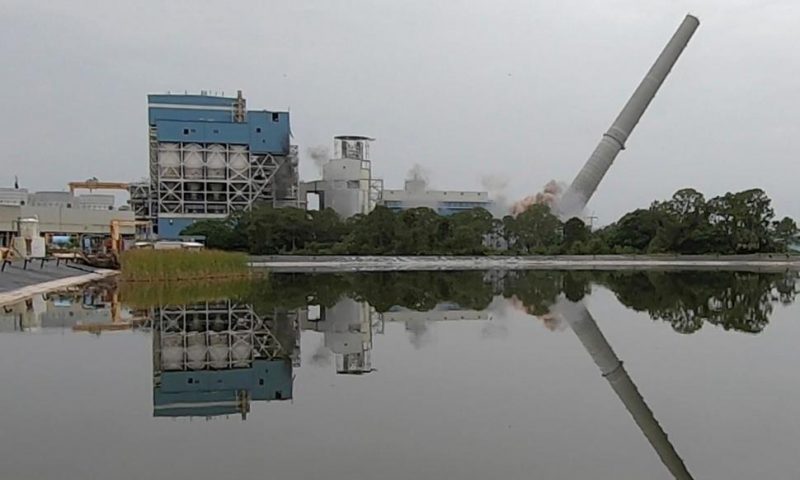 Puffs of smoke came from the base of the 495-foot (150-meter) stack and then it fell to the side in one piece, kicking up a large cloud of dust as it smashed into the ground.

A demolition company used 171 pounds (78 kilograms) of explosives to implode the stack and an adjoining conveyor building in Indiantown, 30 miles (about 50 kilometers) north of West Palm Beach.

The plant was built in 1995 and FPL purchased it in in 2016. It shut the plant down more than two years ago.

FPL will tear down the rest of the plant later this year and put in a solar energy facility. It has also been investing in natural gas plants.

“That is the direction our company is going into, providing clean, reliable energy for our customers,” spokesman Bill Orlove said.

FPL is the state’s largest electricity producer, serving most of the Atlantic Coast and the Gulf Coast south of Tampa Bay.

Self-Driving Car Pioneer Waymo Gets $2.5B to Fuel Ambitions