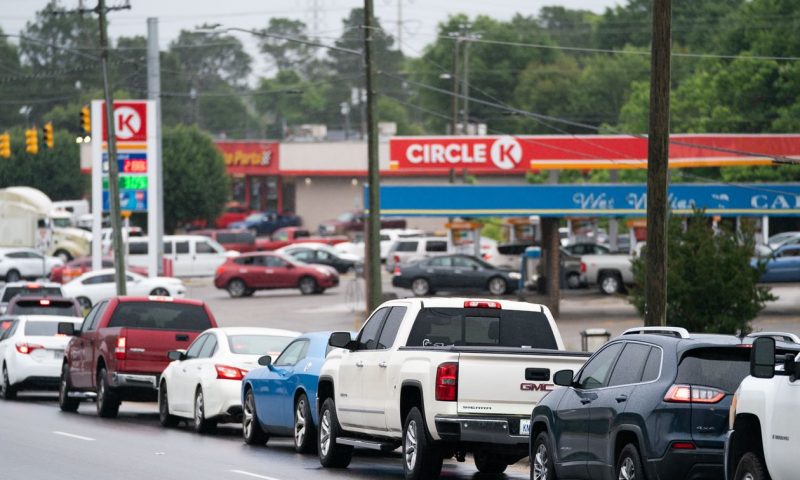 Stocks in Europe have quietly been extending new records, with the Stoxx Europe 600 SXXP, 0.18% closing higher for four consecutive sessions. U.S. investors have noticed, with European exchange-traded funds accounting for three of the top six in new flows over the last month, according to FactSet data. In early trade, the Stoxx Europe 600 slipped 0.1% and U.S. stock futures ES00, 0.64% NQ00, 0.91% also edged lower.

The European Central Bank announces its monetary policy decision at 1:45 p.m. local time, or 7:45 a.m. Eastern, with expectations that the central bank will keep the monthly pace of bond purchases around the €80.7 billion in securities it acquired in May.

At 8:30 a.m. Eastern, U.S. consumer price data will be released, just as ECB President Christine Lagarde begins her press conference. Expectations, according to a Dow Jones Newswires/Wall Street Journal poll, are for both CPI and the core measure that excludes food and energy costs to rise 0.5% in May.

Meanwhile a report showed U.K. housing prices remained red hot, with 83% of those surveyed by the Royal Institution of Chartered Surveyors reporting rising prices in May, up from 76% in April. “Results point to a widening disparity between demand and supply within the market, with the flow of new listings deteriorating over the month while buyer enquiries rose at a solid rate,” said the RICS report.

Of stocks on the move, Soitec SOI, 2.74% surged 5% as the French maker of semiconductor materials outlined its plan to triple revenue by 2026.

Auto Trader AUTO, 6.09% rose 6% as the U.K. car listing publisher said it will soon resume stock buybacks and that current year profit margins should be in line with pre-pandemic levels.

Stock-market tumble unlikely until this sign of ‘obvious strength’ disappears