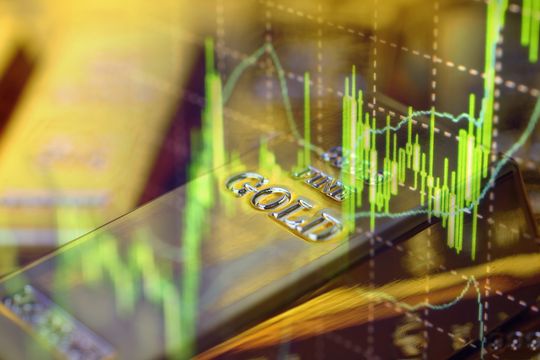 Gold futures edged higher on Wednesday, attempting to recover some lost ground from the prior session, with modest gains likely supported by slippage in yields for U.S. government debt even as the dollar strengthened.

“Markets are trying to figure out if inflation truly is ‘transitory’ as the [Federal Reserve] says it is or not,” Michael Armbruster, managing partner at Altavest, told MarketWatch. The U.S. jobs report due out on Friday and next week’s CPI “should help markets, gold and Treasurys, “make up their mind.”

Randal Quarles, the Fed’s vice chair for supervision, told Politico in an interview Tuesday that a recent jump in inflation would prove transitory, according to a Reuters report.

“If markets start thinking that inflation is more than transitory, then Treasury yields are likely to surge and gold could come under renewed pressure on the downside,” said Armbruster. ” Our sense is that gold is getting close to a making a decisive move, up or down.”

The moves in bullion comes as the benchmark 10-year U.S. Treasury yield TMUBMUSD10Y, 1.590% was at 1.60%, off 2 basis points. Lower bond yields can reduce the opportunity costs of owning precious metals which don’t offer a coupon.

However, moves in gold were checked by a rise in the dollar, as gauged by the ICE U.S. Dollar Index DXY, 0.07%, which was up 0.2%. A stronger dollar can make assets priced in the monetary unit more expensive to overseas buyers.

Precious metals have trended higher against the backdrop of rising inflation fears, with bullion seen traditionally as an inflation hedge.

Market participants have vacillated between greater confidence that the economy will show a healthy recovery from the COVID pandemic and fears that the economy may run too hot for the Fed to manage.

Against that backdrop, some strategists predict that gold may remain rangebound until Friday’s report on the U.S. employment situation in May, which could serve as a cross-asset catalyst, especially after April’s report showed that the U.S. added 266,000 jobs on the month, far fewer than the roughly 1 million that had been forecast by most economists.

“In terms of the price level, traders are shopping that even if the sell-off intensifies, the price of gold should stay above the critical price level of $1868, which is a critical level of support,” wrote Naeem Aslam, chief market analyst at AvaTrade, in a daily note.

“However, if the price violates this price, we could see the gold price moving all the way towards the $1824 price mark,” the analyst said.

Investors will look to a report from the Fed later in the afternoon, about a half-hour after gold’s settlement. The Fed Beige Book’s report on current economic conditions will be released at 2 p.m. Eastern Time.