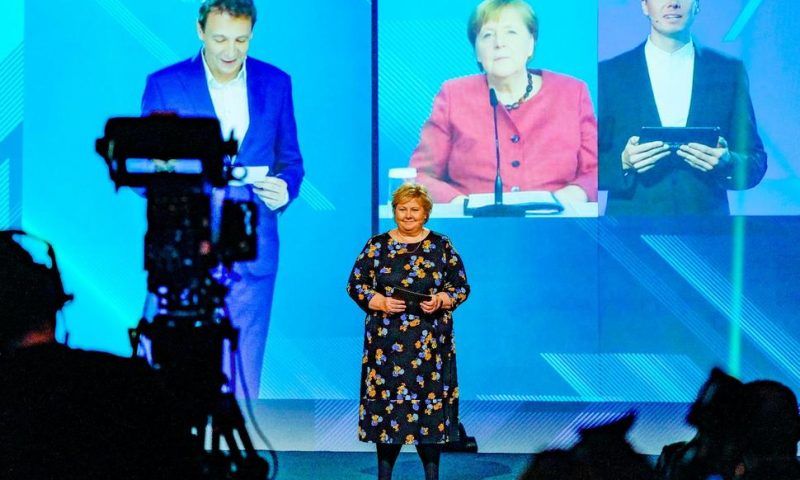 BERLIN — Germany and Norway inaugurated a new undersea cable Thursday that directly links the two countries’ electricity networks, a project that has been described as a key step in Europe’s effort to shift away from fossil fuels to renewable energy.

The 2-billion-euro ($2.4 billion) project, called Nordlink, will allow Germany to export excess electricity from its wind parks to Norway, effectively banking it in Nordic nation’s vast hydropower reservoirs. During periods of little wind, electricity can be released from Norwegian reservoirs again to meet German demand.

“We’re setting a milestone for the modern energy supply in Europe,” German Chancellor Angela Merkel said during a virtual ceremony to officially switch on the power link.

The 623-kilometer (387-mile) cable runs under the North Sea, from Germany’s windswept northern state of Schleswig-Holstein to Tonstad in southern Norway. Operators say it can carry enough electricity to supply 3.6 million households at once.

The new system should help lower the price of electricity in Germany, which is relatively high compared to other European countries, said Claudia Kemfert, a senior energy expert at the German Institute for Economic Research.

Oil-rich Norway meets almost all of its electricity needs using renewable sources, and electricity from its hydropower facilities is comparatively cheap. By tapping into the Norwegian grid, Germany can avoid building costly stand-by power plants of its own, Kemfert said.

“Nordlink is no replacement for the expansion of renewable energy here in Germany, but it can significantly help balance out fluctuations,” she said.

The German government recently announced that it aims to reduce the country’s greenhouse gas emissions to “net zero” by 2045.

Since Germany is shutting down its last nuclear plants next year and phasing out the use of coal by 2038, a massive expansion of wind and solar power generation will be required to meet the demands of its 83 million inhabitants and industry.

“Nordlink will facilitate Germany’s transition to renewable energy,” Norwegian Prime Minister Erna Solberg said of the project, which took 10 years to complete. “At the same time, it will give us in Norway energy when we need it.”