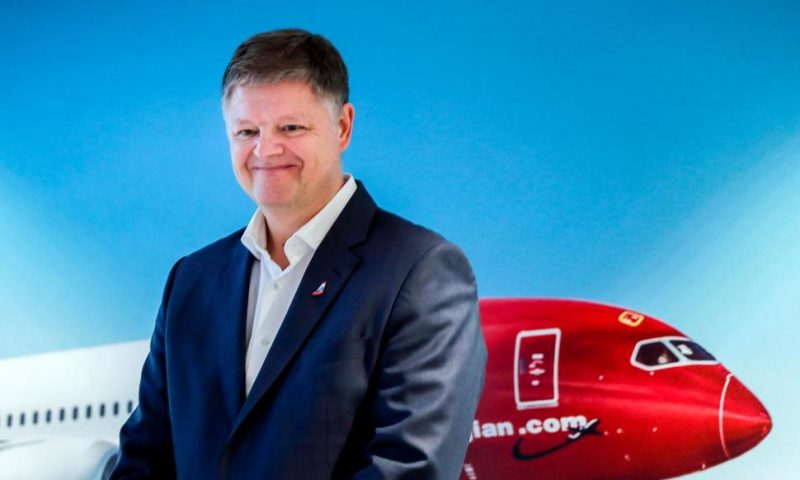 Norwegian Air Shuttle’s chief executive says the low-cost carrier “has been saved,” after the ailing airline had struggled with the fallout of the coronavirus pandemic and a debt restructuring.

COPENHAGEN, Denmark — Low-cost carrier Norwegian Air Shuttle “has been saved,” its chief executive said Wednesday, adding it had “written history” as the ailing airline had struggled with fallout from the coronavirus pandemic and a debt restructuring plan.

CEO Jacob Schram said Norwegian had “successfully” concluded the plan after it raised 6 billion kroner ($721 million) through the sale of perpetual bonds, new shares and a rights issue.

In January, the Oslo-based airline said it was ending its long-haul operations and was focusing instead on European destinations. The company then presented a plan that cut its fleet from 140 aircraft to about 50.

In a statement, Norwegian said it had reduced its total debt by approximately 63-65 billion kroner ($7.5 billion-$7.8 billion) to around 20 billion kroner ($2.36 billion) under a plan that had to be approved by bankruptcy courts in Ireland, where its planes are registered, and in Norway.

The courts, which had approved the plan, demanded that the airline raise at least 4.5 billion kroner ($541 million) as part of a program to emerge from bankruptcy protection in the two countries which happened Wednesday.

The airline, whose fleet were mostly grounded as the pandemic has caused a near-total halt to global travel, also terminated aircraft orders with Boeing and Airbus, worth approximately 85 billion ($10.2 billion) in aggregated value.

Chief Financial Officer Geir Karlsen told Norwegian news agency NTB that the last year, and especially the past six months, had been intense.

“We have negotiated with 30-40 large banks and several thousand creditors” he was quoted as saying.