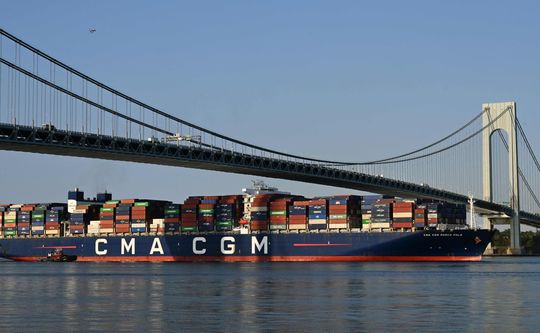 Composite index rises to record 68.1 after 63.5 reading in April

The numbers: The flash reading of the IHS Market U.S. composite purchasing managers index rose to a record high 68.1 in May from 63.5 in April, according to survey data released Friday.

In the service sector, IHS Markit said its flash purchasing managers index rose to a record 70.1 from 64.7 in April. Economists polled by the Wall Street Journal were expecting a 64.3 reading.

In the manufacturing sector, the firm’s flash purchasing managers index rose to a record 61.5 in May from 60.5 in the previous month. Economists were expecting an unchanged reading of 60.5.

Any reading above 50 indicates improving conditions. The flash estimate is typically based on approximately 85% to 90% of total survey responses each month.

What happened: The gains in May would have been even stronger but some firms were constrained by supply shortages and difficulty filling vacancies, IHS Markit said.

There were concerns about inflation as average selling prices for goods and services rose at unprecedented rates.

Big picture: The next several quarters are set to bring fairly rapid real GDP growth. The Federal Reserve looks more at the labor market and inflation than growth, but there are questions about whether the central bank’s easy monetary-policy stance is warranted.

On the other hand, there remains uncertainty as to what comes after this burst of growth.

In Europe, the May flash IHS Markit composite output index climbed to a 39-month high of 56.9.

What IHS Markit said: “With businesses optimistic about the outlook, backlogs of orders rising sharply and demand continuing to pick up both at home and in export markets, the scene is set for strong economic growth to persist through the summer,” said Chris Williamson, chief business economist at IHS Markit.

What are economists saying? “The signals from the preliminary PMIs are that the ISM manufacturing index is likely to retain its strong level in May and possibly even improve modestly, while the ISM non-manufacturing index could well rise significantly from an already very strong April reading,” said Joshua Shapiro, chief U.S. economist at MFR Inc.

Market reaction: Stocks opened higher on Friday, with the Dow Jones Industrial Average DJIA, 0.50% off its high but still up 223 points and the S&P 500 Index SPX, 0.82% up 14 points. The S&P turned positive for the week.

Nvidia plans first stock split in nearly 14 years, after 1,600%-plus in gains