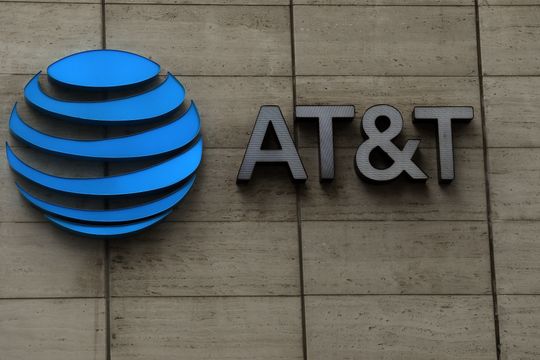 Whether or not you believe AT&T Inc. can meet its new financial goals, there may be value in its stock, according to two new research notes.

While the achievability of AT&T’s T, +1.25% new outlook continues to spark debate on Wall Street, two analysts just chimed in with newly bullish views on the stock after the telecommunications giant announced it would be spinning off WarnerMedia in a combination with Discovery Inc. DISCA, -1.19%

UBS analyst John Hodulik and New Street Research analyst Jonathan Chaplin disagree on whether AT&T’s post-spin guidance is believable, but the two analysts agree on one point: AT&T shares are now worth owning following a reset of priorities and a selloff after the WarnerMedia deal announcement.

AT&T shares are up 1.7% in Friday morning trading, though shares are still down 6.2% from where they traded prior to the WarnerMedia deal announcement at the start of the week.

Hodulik also weighed in on what he said was the biggest question coming out of AT&T’s deal announcement: whether AT&T can meet its post-spin target for upwards of $20 billion in free-cash flow in 2023. The target seems “achievable,” in Hodulik’s view, provided that the company can grow earnings before interest, taxes, depreciation, and amortization (Ebitda).

Hodulik’s math starts with an estimated $26 billion in free-cash flow for AT&T in 2021, before the company spins off the WarnerMedia assets. Thinking past the spin, he calculates $2 billion in lost free-cash flow from the sale of AT&T’s linear video business, a $5 billion reduction from the WarnerMedia spin, and $5 billion in increased capital expenditures. Those reductions could be partially offset by 3% to 4% Ebitda growth, resulting in roughly $4 billion in incremental cash, and $2 billion in savings from its lower debt balance, which could help the company achieve its $20 billion goal for 2023.

New Street’s Chaplin also turned bullish on AT&T shares in a late Thursday note to clients, but he’s still not sold on the financial targets.

“We don’t believe the guidance, but it doesn’t matter,” he wrote. “[F]irst, the market doesn’t buy the guidance either, and; second, even with much lower FCF of, say, $15 billion, they have plenty of cash to pay an $8.3 billion dividend while paying down debt. They will even be in a position to repurchase shares at some point in the next couple of years.”

Chaplin said in his note that he’s been “negative for AT&T in all its iterations for most of my career,” and he continues to have doubts about the company’s long-term potential. He called his upgrade a “tactical call” that reflects AT&T’s improved positioning after the spin announcement, whereas he doesn’t anticipate that the market will “take our side on the long-term issues for at least a couple of quarters.”

He set a $35 “tactical six-month” price target on the stock while writing positively of AT&T’s plan to cut its dividend while increasing capital expenditures.

“It may result in some changeover in the shareholder base from income investors to fundamental investors, but that impact should be temporary,” he wrote.