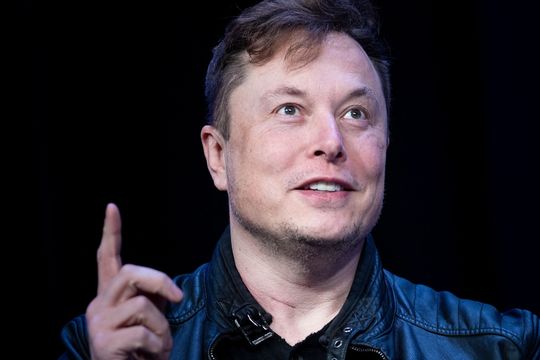 AMOM also bought shares in Facebook, Nvidia, Home Depot and Adobe at the beginning of May

An exchange-traded fund driven by artificial intelligence has just loaded up on shares in Tesla — and it has a history of correctly predicting the stock’s price swings. The electric-vehicle company now makes up 6% of its portfolio, and is the fund’s third-largest holding after online retailer Amazon AMZN, +1.47% and social-media platform Facebook FB, -0.15%.

The Qraft AI-Enhanced U.S. Large Cap Momentum ETF, trading as AMOM AMOM, -0.47% on the New York Stock Exchange, bought around $1.4 million worth of Tesla TSLA, -2.19% shares in the first week of May. The fund has avoided the company for months, since it dumped all its Tesla shares around the time the stock was trading at record highs.

AMOM is an actively managed portfolio driven by artificial intelligence, tracking 50 large-cap U.S. stocks and reweighting its holdings each month. It is based on a momentum strategy, with the AI behind its stock picks capitalizing on the movements of existing market trends to inform the decision to add, remove, or reweight holdings. The artificial intelligence scans the market and uses its predictive power to analyze a wide set of patterns that show stock-market momentum.

The fund is a product of Qraft, a Seoul, South Korea-based fintech group leveraging AI across its investment products, which include three other AI-picked versions of major indexes: a U.S. large cap index QRFT, -0.49% ; a U.S. large cap dividend index HDIV, +0.47% ; and a U.S. value index NVQ, +1.01%.

And one of AMOM’s notable achievements has been correctly anticipating price moves in Tesla’s stock. The fund sold off all of its shares in Tesla at the end of August, before the stock fell 14% in September and a further 10% in October. AMOM bought that dip, reinvesting in Tesla in November, and loaded up on shares until the end of January, at which point Tesla made up 6.7% of its portfolio.

Before the start of February, AMOM sold off its entire Tesla holdings as the stock was near its all-time high. Shares in the EV company fell near 23% from the beginning of February, when the AI decided to sell up, to when it bought the stock again in May.

The AI driving AMOM made recommendations to reorient the fund’s portfolio at the end of April, including reweighting holdings as well as adding new stocks and booting others. The fund was rebalanced on May 5, and Tesla stock has since fallen 13%.

Qraft noted that both Facebook and Tesla’s earnings outperformed analysts’ expectations in the first quarter of 2021.

Since the rebalancing, Facebook stock has slipped 1% and shares in Home Depot dipped more than 2%. Nvidia stock has dropped 3% and Adobe shares are just below flat. But if AMOM is right, there may be a rally coming for all of them.

The entrance of AI-run funds onto Wall Street promised a new high-tech future for investing, though it hasn’t quite lived up to the hype yet. Theoretically, researchers have shown that AI investing strategies can beat the market by up to 40% on an annualized basis, when tested against historical data.

But Vasant Dhar, a professor at New York University’s Stern School of Business and the founder of machine-learning-based hedge fund SCT Capital Management, argued on MarketWatch in June 2020 that AI-run funds won’t “crack” the code of the stock market.

Advocating caution, Dhar said that it was difficult for funds underpinned by machine learning to maintain a sustainable edge over markets, which have “a nonstationary and adversarial nature.” He advised investors considering an AI system to ask tough questions, including how likely it is that the AI’s “edge” will persist into the future, and what the inherent uncertainties and range of performance outcomes for the fund are.