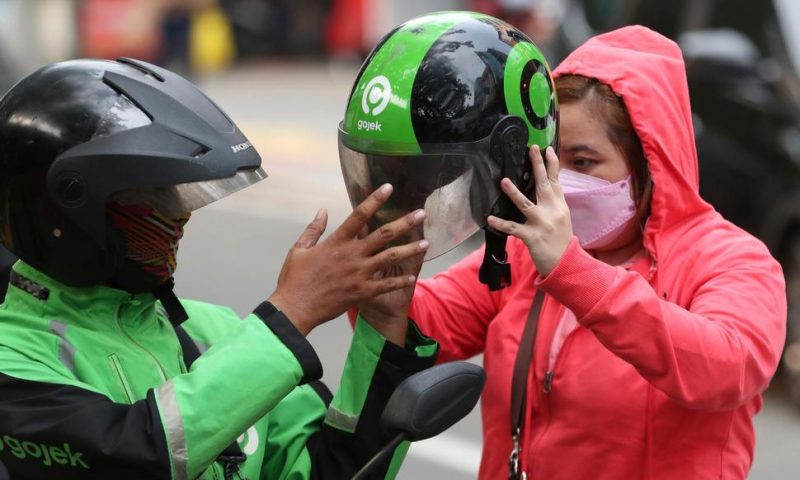 Indonesian ride hailing company Gojek and e-commerce firm Tokopedia said Monday that they are merging, in the largest ever deal in the country’s history.

The companies said the deal was Indonesia’s biggest ever, based on historical fundraising rounds for Gojek, priced in 2019 and Tokopedia, priced in early-2020, that put the combined past valuations of both companies at $18 billion.

The new company will provide services from ride-hailing and financial services to e-commerce. GoTo is backed by investors including Alibaba Group, BackRock, Tencent and Temasek Holdings.

The merger comes a month after Gojek’s largest rival, Singapore-based Grab Holdings, said it would list in the United States via a merger with a special public acquisition company (SPAC) that valued the company at $40 billion.

Gojek co-CEO Andre Soelistyo will lead the new company, while Tokopedia’s President Patrick Cao will retain his title in the combined entity.

“Today is a truly historic day as we mark the beginning of GoTo and the next phase of growth for Gojek, Tokopedia and GoTo Financial,” Soelistyo said in a statement released Monday.

He said that the company intends to promote financial inclusion while providing “best in class” delivery of goods and services.

The merger of Gojek and Tokopedia comes as competition is heating up in Southeast Asia, where technology companies compete for the wallets of over 650 million people.

GoTo’s rival Grab also provides ride-hailing and on-demand services across eight countries in Southeast Asia, including Singapore, Malaysia, Indonesia and the Philippines, while internet firm Sea Limited has made a massive push into e-commerce in Asia with its Shopee e-commerce platform.

Gojek was founded in 2010 by Nadiem Makarim as a call center for motorbike taxis, known as “Ojek” in Indonesia. It has since expanded to provide not just ride-hailing but also a variety of on-demand services, including food delivery.

Makarim stepped down as CEO in October 2019 after taking on a ministerial position in the Indonesian government, and Soelistyo, together with Kevin Aluwi, were named co-CEOs.

Tokopedia was founded in 2009 by William Tanuwijaya and has expanded to become Indonesia’s largest e-commerce firm. It later expanded to provide financial services such as digital payments and lending services.

GoTo Group has over 11 million monthly active users, the companies said, with its business encompassing 2% of Indonesia’s GDP of over $1 trillion.