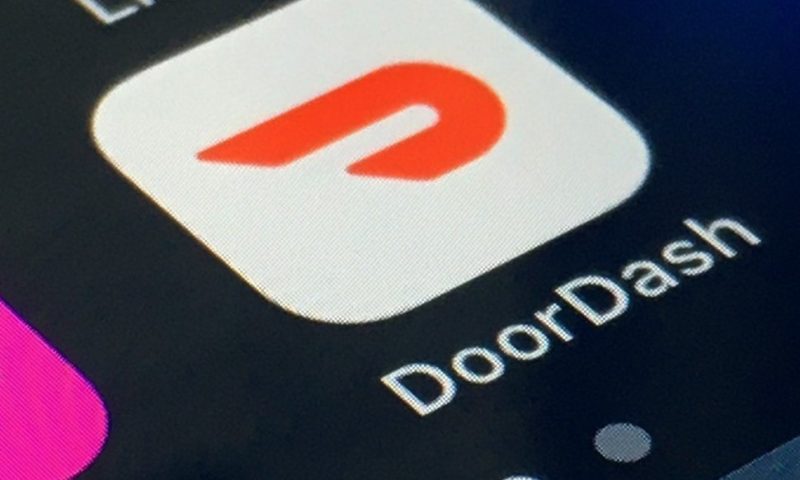 DoorDash’s sales nearly tripled in the first three months of the year as demand for food delivery remained elevated even as U.S. restaurants reopened their dining rooms.

DoorDash on Thursday reported that its sales nearly tripled in the first three months of the year as demand for food delivery remained elevated even as U.S. restaurants reopened their dining rooms.

DoorDash said its revenue surged 198% to $1.1 billion in the January-March period. That was well above Wall Street’s forecast of $994 million, according to analysts polled by FactSet.

Even in a market like Florida, where in-restaurant dining has nearly returned to pre-COVID levels, DoorDash said same-store delivery sales for its partner restaurants were up 170% during the first quarter.

“The impact of reopening really has been more muted than we expected,” DoorDash co-founder and CEO Tony Xu said Thursday during a conference call with investors.

Based on the results, the San Francisco-based company raised its financial guidance for the full year. It now expects total orders in the range of $35 billion to $38 billion this year, up from its previous forecast of $30 billion to $33 billion.

DoorDash reported a net loss of $110 million in the first quarter because it is still spending heavily to win new customers and expand into other services, like delivery from groceries and convenience stores. Non-restaurant deliveries made up 7% of all orders during the quarter.

The company narrowed its net loss per share to 34 cents from $2.92 in the same period a year ago. That was short of Wall Street’s forecast of an 8-cent loss per share in the latest period.

Stimulus payments also made it harder for DoorDash to attract its freelance drivers, the company said, leading to some service problems during the quarter. DoorDash said it added a record number of new drivers in late March. More than 2 million drivers earned money on deliveries during the quarter.

DoorDash said it expects to see some softness this summer as the impact of stimulus payments subsides, markets continue to reopen and diners head back to restaurants. The percent of meals eaten in restaurants has been steadily rising since April 2020, and reached its highest level since before the pandemic in March, according to NPD Group.

In the meantime, DoorDash is trying to gain new restaurant partners with lower fees, a nod to critics who think the company charges restaurants too much for its services. Late last month, DoorDash began offering a new basic plan that charges restaurants 15% per order for delivery, or around half the cost of previous plans.

Xu said commission-fee caps, which dozens of cities implemented throughout the pandemic to protect restaurants’ profits, are starting to expire. DoorDash said those caps cost it $31 million in revenue during the first quarter.

“We’re very encouraged by what we’ve seen, which is elected officials allowing capitalism to do its job and allow everyone to make things work for all audiences,” Xu said.

Xu said he still sees significant opportunity in the delivery business, noting that it still makes up only around 10% of restaurant industry sales.

“No one has a crystal ball on how this shape of recovery occurs,” Xu said. “But what I would say is the long-term trend is, when it comes to convenience, things always move toward the direction of greater convenience.”

DoorDash’s stock was up 7% in after-market trading following the release of the earnings report. It is down 19% so far this year.

Desperate for Workers, US Restaurants and Stores Raise Pay