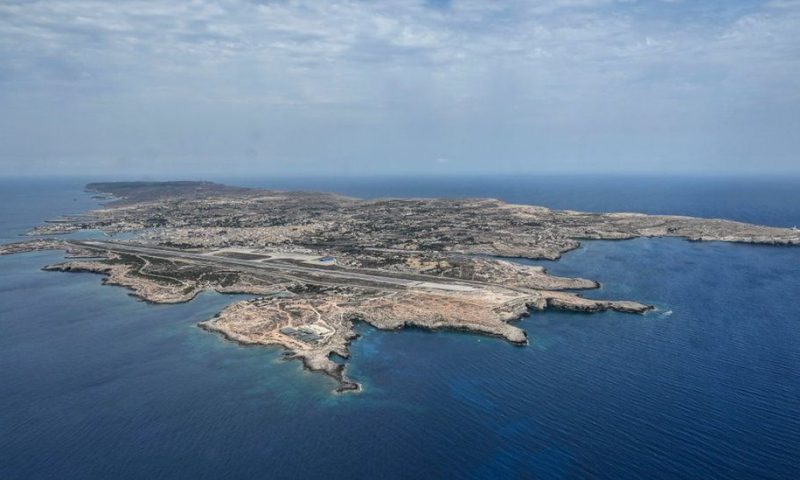 More than 1,000 migrants landed on the Italian island of Lampedusa in the space of a few hours on Sunday, according to local media reports.

The island’s Mayor Toto Martello said he believed the rise in arrivals coincided with the good weather.

Lampedusa is one of the main arrival ports for people wanting to reach Europe.

More boats were spotted off the coast of nearby Malta, with charity Alarm Phone saying they needed assistance.

“One rescue operation could put a total of around 231 people out of danger of drowning,” it said.

Some 11,000 migrants have landed on the island since the start of the year. That is up on last year’s figure of 4,105 for the same period, Reuters news agency reports. However, it is still down on 2015 – the height of the migrant crisis.

“With millions of Italians in difficulty, we cannot think of thousands of illegal immigrants,” he said.

Mr Salvini is currently awaiting trial in relation to blocking a rescue ship with more than 100 migrants on board from landing at Lampedusa in August 2019. Prosecutors in Sicily accuse the former interior minister of illegal detention, which could bring a jail term of up to 15 years.

A note on terminology: The BBC uses the term migrant to refer to all people on the move who have yet to complete the legal process of claiming asylum. This group includes people fleeing war-torn countries, who are likely to be granted refugee status, as well as people who are seeking jobs and better lives, who governments are likely to rule are economic migrants.

Long-Haul Carrier Emirates to Ship Aid for Free Into India