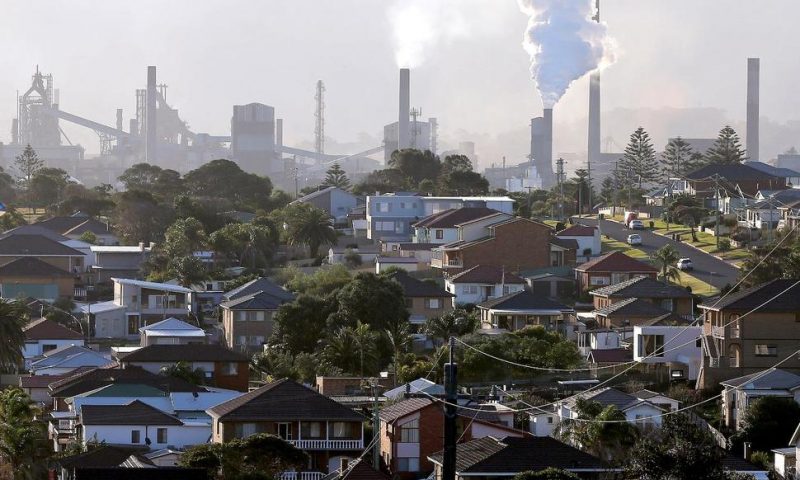 Australia’s prime minister has proposed spending an extra 539 million Australian dollars ($417 million) on hydrogen and carbon sequestration projects, seeking to burnish his government’s green credentials ahead of a climate summit to be hosted by President Joe Biden.

CANBERRA, Australia — Australia’s prime minister has proposed spending an extra 539 million Australian dollars ($417 million) on hydrogen and carbon sequestration projects, seeking to burnish his government’s green credentials ahead of a climate summit to be hosted by President Joe Biden.

“It is essential we position Australia to succeed by investing now in the technologies that will support our industries into the future, with lower emissions energy that can support Australian jobs,” Morrison said in a statement.

“We cannot pretend the world is not changing. If we do, we run the risk of stranding jobs in this country, especially in regional areas,” he added.

The funding will be detailed in the government’s economic blueprint for the next fiscal year which will be made public on May 11. The spending requires Parliament’s approval.

A little over half the money would be spent on increasing the number of hydrogen-producing hubs in regional Australia from one to five. A hub is a region where hydrogen producers, users and exporters are located together.

Australia is already one of the world’s largest exporters of liquified natural gas and coal, both polluting fossil fuels. The government wants Australia to become a major global hydrogen supplier by 2030, aiming to reduce production costs to less than AU$2 ($1.54) a kilogram (2.2 pounds).

Australia is home to the world’s largest carbon capture and storage facility at Chevron’s Gorgon natural gas project on Barrow Island off its northwest coast. The project has stored more than 4 million metric tons (4.4 million U.S. tons) of carbon emissions since it started operating in 2019. New money would be spent on accelerating development of a new carbon capture hub and technologies.

Australia’s oil and gas industry said the investment in new hydrogen and carbon capture projects would be a massive boost for the sector.

But The Australia Institute think tank described the proposed funding as disappointing.

“The announcements are a poor showing ahead of the Biden Summit when so many countries are making substantial increases in their climate action and targets in the next 10 years,” the institute’s climate and energy program director Richie Merzian said.

Biden will pledge to cut U.S. greenhouse gas emissions at least in half by 2030 as he convenes a virtual climate summit on Thursday with 40 world leaders, including Morrison, according to three people with knowledge of the White House plans.

The 50% target would nearly double the nation’s previous commitment and help the Biden administration prod other countries for ambitious emissions cuts as well. Earlier this week, Morrison pledged to protect industry on Australia’s road to net zero carbon emissions, which he wants to reach “preferably by 2050.”

Morrison is under pressure from lawmakers within his conservative government not to commit to a 2050 target.

Senator Matt Canavan, a former resources minister, likened Australia pursuing a net-zero emissions target to a “10-year-old boy who thinks he is superman and jumps off his parent’s roof.”

“He doesn’t have the technology, and he is going to fall flat on his face,” Canavan tweeted.

Morrison was a member of the coalition government that in 2014 repealed a carbon tax that the former center-left Labor Party administration had levied on Australia’s worst industrial polluters. His government’s commitment to reduce Australia’s greenhouse gas emissions has been widely questioned since.