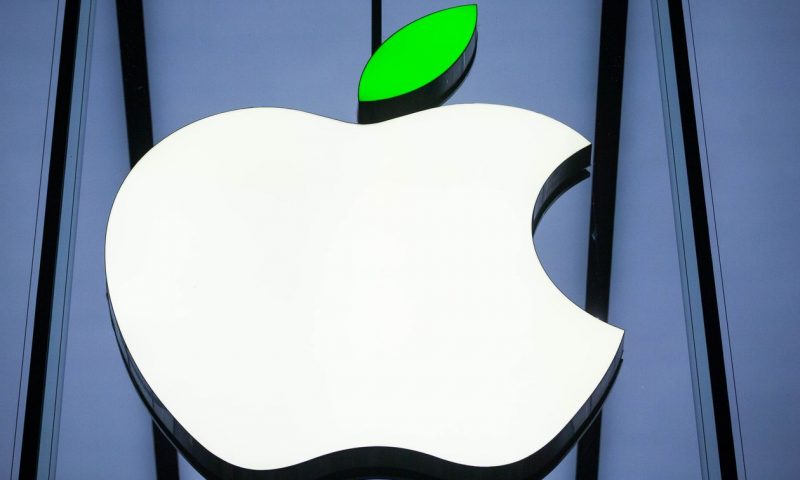 Apple has created a $200 million fund designed to remove carbon emissions from the air and support the sustainable forestry the company uses to package iPhones and more. Yet the fund will still generate a financial return for investors.

The project is also meant to show other for-profit enterprises that their investment in environmental pursuits can improve the bottom line.

“If you really want businesses to engage, if you want business to really turn around and do this at scale … it has to be because there’s a return on that investment,” Jackson later told CNN.

Apple was among the more than 300 businesses and investors who this week called on the Biden administration to set an ambitious climate-change goal that would cut U.S. greenhouse gas emissions by at least 50% below 2005 levels by 2030. That target would nearly double the U.S.’s previous commitment on emissions reduction and the tighter time horizon would require dramatic changes in the power and transportation sectors and elsewhere throughout the U.S. economy.

Apple said since 2018 its retail stores, data centers and corporate offices all run on 100% clean energy, which due to falling market prices is increasingly more competitive with natural gas NG00, +0.30% and other sources. Going renewable is saving the company money on energy, Jackson said.

The Restore Fund will generate returns by investing in developing and conserving sustainable “working forests” that remove carbon from the atmosphere as trees grow. Working forests also produce trees for building materials, paper and other uses. Apple’s packaging, for example, has since 2017 been made entirely of virgin wood fiber from “responsibly managed working forests” and the fund will allow Apple to invest more in wood fiber for its packaging.

Apple had already set a broader goal to become carbon neutral across its entire value chain by 2030. The company will directly eliminate 75% of emissions for its supply chain, considered to be the more-difficult Scope 3 emissions often out of a company’s control, and in its products by 2030. The fund will help “address” the remaining 25% of Apple’s emissions by removing carbon. In fiscal 2018, Apple’s carbon footprint was 25.2 million tons.

To ensure that the carbon stored in forests is being accurately quantified, and permanently locked out of the atmosphere, the Restore Fund will use robust international standards developed by recognized organizations such as Verra, the Intergovernmental Panel on Climate Change, and the UN Climate Convention, Apple said.

Apple also said buffer zones between natural habitats and humans will be important to encourage biodiversity. Biodiversity degradation that brings animals and people in contact was blamed in part for the COVID-19 virus. Biodiversity has been a key point of concern when policy-makers and environmentalists talk about “building back better” from the pandemic.

Apple shares are up less than 1% in the year to date. The Dow Jones Industrial Average DJIA, +0.48% is up 11.4% over the same stretch. Apple stock has logged a 89% gain over the past year.