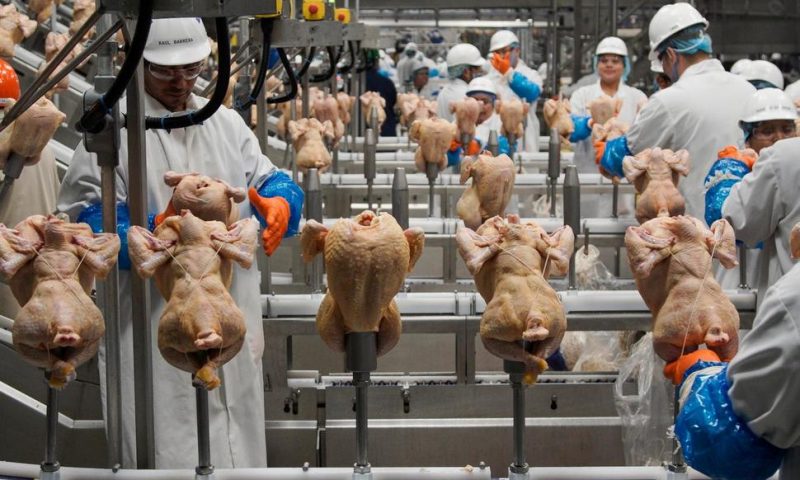 U.S. wholesale prices surged by a record 1.3% in January, led by big gains in health care and energy prices.

WASHINGTON — U.S. wholesale prices surged by a record 1.3% in January, led by big gains in health care and energy prices.

The bigger-than-expected increase in the producer price index, which measures inflation pressures before they reach consumers, was the largest one-month gain on records that go back to 2009, the Labor Department reported Wednesday. It followed much milder inflation readings of 0.3% in December and 0.1% in November.

The increase reflected 1.2% jump in health care services and a 5.1% rise in energy prices, the biggest gain since a 9% rise in June.

Analysts, who had expected a much lower 0.4% January rise in wholesale prices, now believe that inflation is likely to rise this year after more than a decade well below the Federal Reserve’s 2% target for annual price increases.

An uptick in inflation would not unwelcome because it would signal a fuller reopening of the economy and the return of robust consumer demand. But many believe inflation will remain contained.

Rubeela Farooqi, chief U.S. economist at High Frequency Economics, said the upcoming inflation gains were “unlikely to be sustained, given ample excess capacity in the economy.”

And Federal Reserve Chairman Jerome Powell has already said he expects a temporary bump in inflation in coming months, but also indicated the Fed will not let them trigger a preemptive increase in Fed interest rates tamp down whatever price increases occur.

The Fed currently has its benchmark rate at a record-tying low near zero and is expected to keep rates low over the next three years to allow the economy to recovery from the recession brought on by the global pandemic.

Food costs rose a slight 0.2% in January after falling 0.2% in December.

The government reported last week that consumer prices rose 0.3% in January, the biggest gain in five months, reflecting a sharp rise in energy costs with gasoline prices up 7.4%. Over the past 12 months, consumer prices are up a modest 1.4%.

Ford to Go All Electric in Europe by 2030