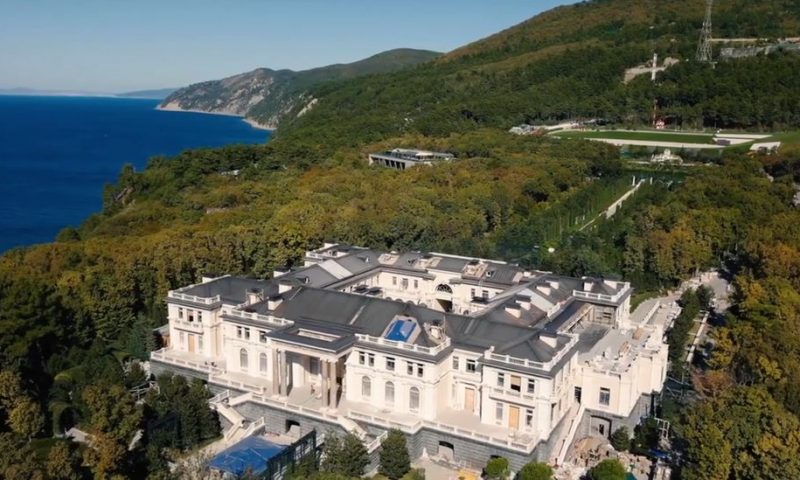 The mysterious “Putin’s Palace” that featured in a viral video by Russian opposition leader Alexei Navalny appeared to be full of luxuries gifted to President Vladimir Putin by wealthy friends. But then Russian TV broadcast a completely different report.

Gone was the sprawling palace’s voluptuous decor, replaced instead by bare, concrete walls. The property looked as if it was being thoroughly rebuilt – raising questions about what exactly is happening at the estate.

The Navalny investigation video has racked up more than 110m views since its release. The Kremlin vehemently denies the palace claims, and President Putin has labelled it “boring” and a “compilation and montage”. Since then Navalny has been jailed for failing to report to the prison service while he was recovering from a nerve agent attack in a Berlin hospital.

But BBC Russian has spoken to several builders who say they worked at the site of the palace between 2005 and 2020, building and then refurbishing it. They confirmed many of the allegations in the Navalny video – including that the palace was being rebuilt in part due to a mould infestation.

What the builders say

Stanislav (not his real name) said he had come to work on the construction site at the Black Sea resort of Gelendzhik in autumn 2018. The palace had many remnants of the luxurious decor shown in Navalny’s film, but the furniture was mostly gone. “The scale [of opulence] had been incredible. Later much of the palace was stripped bare,” he told BBC Russian.

The mould problem was brought up in the video and Navalny claimed that the palace was undergoing reconstruction because of it. Two builders say they saw the mould themselves.

“Walls and ceilings were covered in mould. Just ordinary mould – green. In places even black. It had affected the whole building. We were shocked,” Stanislav told the BBC.

The palace was built using plasterboard attached to main walls and the mould appeared between the concrete walls and plasterboard.

Another builder, Igor, said he had gone to work on the palace in 2017 and that by then the mould had not spread beyond the lower ground floor.

A source close to the Kremlin confirmed to BBC Russian that mould was a real problem: “the palace had been completed and was used for several years but then fungus appeared, accompanied by an unpleasant smell.”

Igor (again not his real name) complained that they were told off for “every nick and scratch”. “All those cabinets were made out of expensive wood. So many people worked here, so expensive, so many materials. And then they tell us ‘cut the wires, take all this apart, break that down’,” he said.

What’s the problem with the building?

The builders believe the whole building has had to be disinfected at least twice. They think the problems are down to both the building’s proximity to the sea and a lack of ventilation.

The problems are first thought to have emerged when a piece of plaster nearly fell on a cleaner on the lower ground floor of the property, near the swimming pool. Initially the plan was for cosmetic refurbishments but once they had opened up the “fake walls”, Igor said they realised the mould had spread all over the house.

How luxurious is it?

On visiting the property in autumn 2011, one builder the BBC spoke to said his first impression was that it was as if the Egyptian pyramids were being built.

“I reckon around 1,500 people worked at the construction site at that point. There were Russians, Uzbeks, there were soldiers. There was a rush to get it finished.”

Another worker said all signs of construction were camouflaged so they could not be spotted from the sea. “All concrete and metal structures had hills, trees, grass and rocks painted over them to cover them up, to make them blend in with the landscape.”

There was a Japanese garden and Igor was impressed with the floor-level pool: “You couldn’t even tell it was there.”

Many of the workers who told the BBC they had worked at the site in the past 15 years speak of frequent reconstruction taking place. “They kept building and demolishing, building and then demolishing,” one builder said.

There was also a large gym built out of marble, but that only lasted two or three years, he added. “I was so surprised when a digger turned up one day and started smashing it up.”

Biden Announces New China Review in Remarks to the Military