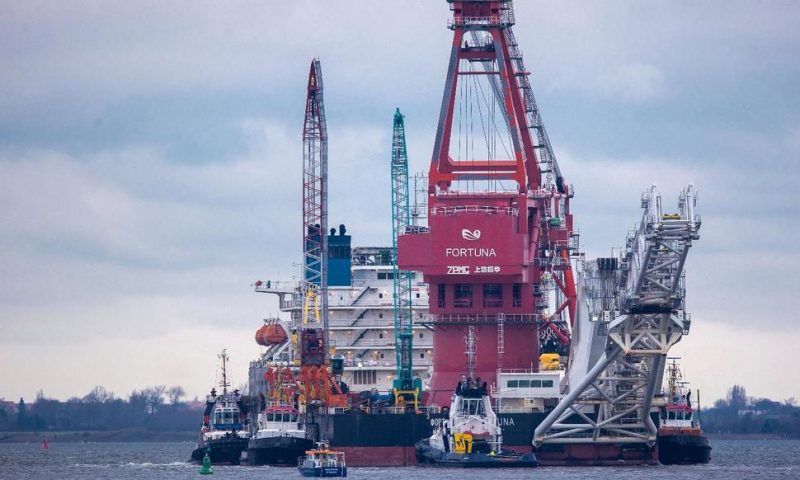 On Friday, German Chancellor Angela Merkel stood by her support for the gas pipeline despite Russia’s treatment of opposition leader Alexei Navalny case and the threat of U.S. sanctions.

Merkel said her government’s position on Nord Stream 2 is separate from tensions with the Kremlin over Navalny, who recovered in Germany from a poisoning with a nerve agent last summer that he blamed on the Kremlin. He was arrested on his return to Russia in January. Russia denies any involvement and has tried to question if there even was a poisoning, even though it was found by several European labs.

The Nord Stream 2 project, which would bring Russian gas to Germany under the Baltic Sea, has drawn major criticism from the United States, some other European countries and environmental groups.

Washington says the project would make Europe more dependent on Russian gas and hurt European energy security. The Kremlin has responded by accusing the U.S. government of trying to promote sales of its own liquefied natural gas.

Nord Stream 2 is owned by Russian state company Gazprom, with investment from several European companies. The pipeline construction was suspended in December 2019 when a Swiss firm pulled its ships out of the project amid threats of U.S. sanctions, forcing Gazprom to try to complete it with its own resources.

The project is close to completion.