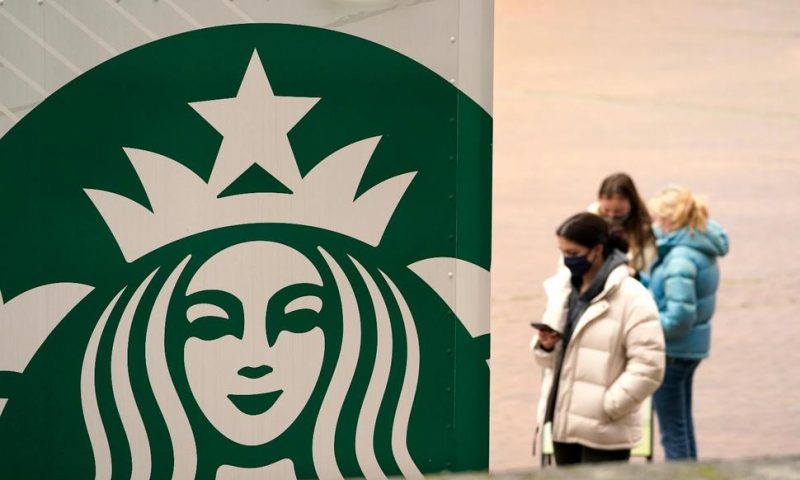 Starbucks’ recovery slowed at the end of last year as U.S. coronavirus cases mounted, but the coffee titan says it’s confident its U.S. business will fully recover by March.

“I am optimistic, because this year holds tremendous promise for healing,” Starbucks CEO Kevin Johnson said in a conference call with analysts Tuesday.

The Seattle-based company said its global sales at stores opened at least a year fell 5% in the October-December period. That was an improvement from the prior quarter, but it was still a bigger decline than the 4% drop Wall Street was expecting, according to analysts polled by FactSet.

Starbucks also fell short of revenue forecasts. The company reported sales of $6.75 billion in its fiscal first quarter, below the $6.9 billion than analysts forecast.

Not counting one-time items, Starbucks said it earned 61 cents per share in the October-December period. That was ahead of Wall Street’s forecast of 55 cents.

Shares in Starbucks Corp. slipped about 1% in after-hours trading.

Starbucks said its business in China, its second-largest market after the U.S., has largely recovered, with same-store sales up 5% in the first quarter. Starbucks said it’s seeing fewer customers in China, but they’re spending more when they visit.

The company opened almost 160 stores in China during the first quarter, for a total of more than 4,800.

But in the U.S., same-store sales were down 5% for the quarter despite the holiday drinks that usually draw customers.

Starbucks said visits to stores declined throughout the quarter because of rising coronavirus cases and local shutdown mandates. Sixty percent of stores had limited seating available in October; by December, that had fallen to 40%, Starbucks said.

Drive-thru was a bright spot. Starbucks said drive-thru orders made up more than half of U.S. net sales in the first quarter, up 10% from pre-pandemic trends. Chief Operating Officer Roz Brewer said Starbucks is trying to capitalize on that shift, with plans to open drive-thru only locations and speed service at drive-thru windows.

Customer patterns have still not returned to normal, but in some ways that has benefitted the company. Starbucks has become a destination, not a stop during a commute, and customers are spending more on food and frothy drinks instead of plain coffees. It saw U.S. customer traffic fall 21% in the first quarter, for example, but those who came spent more, with the average ticket up 19%.

Johnson said at some point the company expects its customers to return their work and school routines, but they still might spend more on the items they have grown used to buying during the pandemic.

Starbucks said it’s confident U.S. same-store sales will rise between 5% and 10% in its fiscal second quarter as the pandemic’s impact continues to fade.

The company announced the departure of Brewer, a former Walmart executive who joined Starbucks in 2017. It said Brewer, one of the most prominent Black female executives in the U.S., is set to become CEO of another publicly traded company, but it didn’t reveal the company.