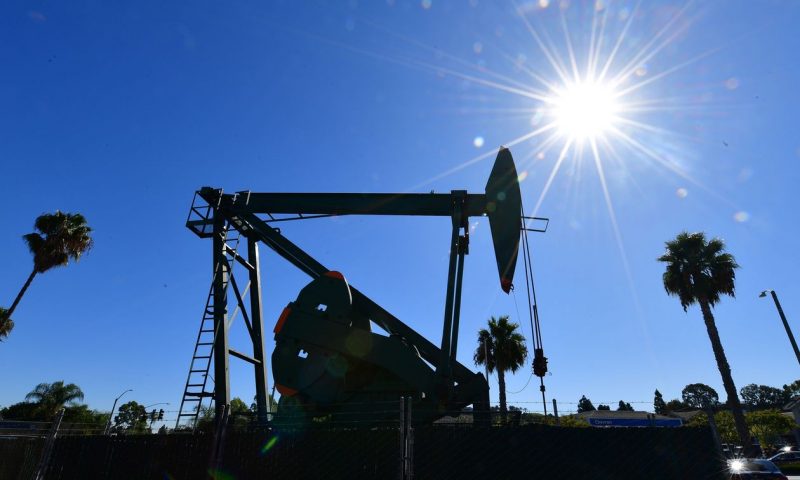 Oil futures settled higher on Tuesday, taking a cue from rallying equity markets and a weaker dollar as traders shook off a cut in the International Energy Agency’s forecast for 2021 crude demand.

Natural-gas futures, meanwhile, suffered their biggest one-day loss of 2021 on Tuesday, while also settling at their lowest level on the year to date, as the latest weather forecasts dulled the demand outlook for the heating fuel.

For oil, “the market has seemingly come to terms with a lackluster Q1, instead of choosing to focus on a more optimistic Q2 and second half of the year,” said Robbie Fraser, manager of global research and analytics at Schneider Electric, in a market update. “That optimism continues to hinge largely on large scale [COVID-19] vaccine deployment, which remains a vast logistical undertaking for each country.”

On Tuesday, in testimony to the Senate Finance Committee, Janet Yellen, Biden’s pick to run the Treasury Department, said the best course for American economic policy is to “act big.”

The trend for oil prices continue to “prompt prices near multi-month highs, even as significant downside concerns remain,” said Fraser, noting that one of those concerns is highlighted in the latest report from the IEA.

The drop in Q1 demand is “due to a combination of surging case counts across much of the U.S. and Europe, as well as calls within China to limit travel for the Lunar New Year,” said Fraser. “Under normal circumstances, Chinese Lunar New Year sees more people travel than any other single event.”

WTI gained ground last week, while Brent slumped 1.6%. There was no settlement for WTI on Monday when U.S. markets were closed for the Martin Luther King Jr. Day holiday.

WTI crude on Tuesday did not have catching up to do with Brent prices, “which gapped lower to start the week, but saw very limited movement over the course of Monday trading,” Fraser said.

Meanwhile, a weaker dollar can provide a boost to commodities priced in the U.S. unit, making them cheaper to users of other currencies. In Tuesday dealings, the ICE U.S. Dollar Index DXY, 0.05%, a measure of the currency against a basket of six major rivals, fell 0.3% to 90.505.

Natural-gas prices dropped as the National Oceanic and Atmospheric Administration forecasts “show that, although below-normal temperatures are expected across parts of the eastern and western U.S. throughout the last week of January, extreme, polar vortex-like conditions are unlikely,” said Christin Redmond, commodity analyst at Schneider Electric, in a note. “This has removed a good deal of near-term supply risk.”

Weekly data on U.S. petroleum supplies from the Energy Information Administration will be released on Thursday, a day later than usual because of Monday’s Martin Luther King, Jr. holiday.