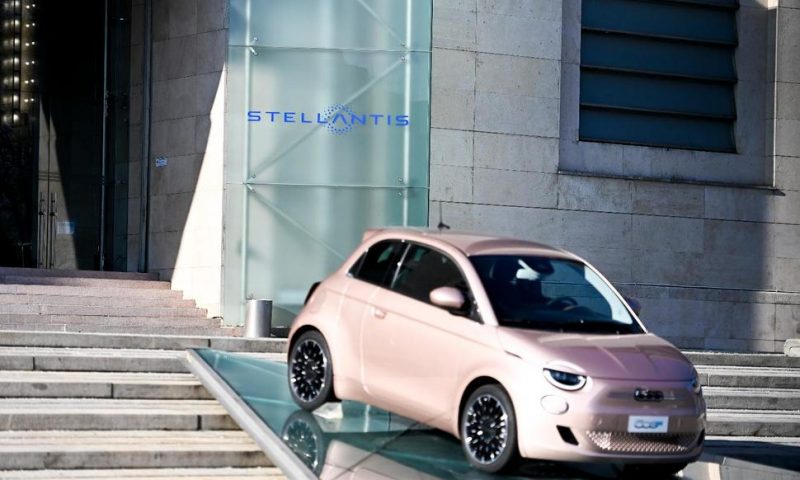 Stellantis, the car company combining PSA Peugeot and Fiat Chrysler, was launched Monday on the Milan and Paris stock exchanges, giving life to the fourth-largest car company in the world.

MILAN — Stellantis, the car company combining PSA Peugeot and Fiat Chrysler, was launched Monday on the Milan and Paris stock exchanges, giving life to the fourth-largest auto company in the world.

“The focus from day one will be on value creation from synergies, which will increase competitiveness vis-a-vis its peers,” Tavares said.

Stellantis has a new logo and will launch on the New York Stock Exchange on Tuesday, due to the Monday U.S. bank holiday, followed by a press conference with Tavares.

Chairman John Elkann, heir to the Fiat-founding Agnelli family, said that the new company has “the scale, the resources, the diversity and the knowledge to successfully capture the opportunities of this new era in transportation.” The technological shift includes electrified powertrains as well as moves toward greater autonomous driving.

The merger is aimed at creating 5 billion euros in annual savings. The new company will have the capacity to produce 8.7 million cars a year, behind Volkswagen, Toyota and Renault-Nissan.

Fiat Chrysler, which was created from the merger of the Italian and U.S. car companies in 2014, closed Friday down 4.35% at 12.57 euros, having gained in previous days. Its closing market capitalization was under 20 billion euros, far off its 2018 highs of more than 30 billion euros.