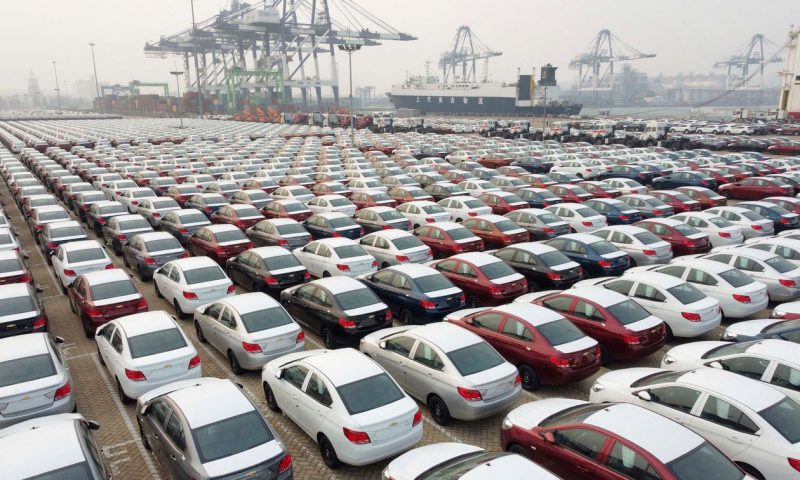 China’s weakest growth in decades is still better than U.S., other major economies

Growth in the three months ending in December rose to 6.5% over a year earlier, up from the previous quarter’s 4.9%, official data showed Monday.

In early 2020, activity contracted by 6.8% in the first quarter as the ruling Communist Party took the then-unprecedented step of shutting down its economy to fight the virus. The following quarter, China became the first major country to grow again with a 3.2% expansion after the party declared victory over the virus in March and allowed factories, shops and offices to reopen.

The economy “recovered steadily” and “living standards were ensured forcefully,” the National Bureau of Statistics said in a statement. It said the ruling party’s development goals were “accomplished better than expectation” but gave no details.

2020 was China’s weakest growth in decades and below the previous recent low of 3.9% in 1990 following the crackdown on a pro-democracy movement. But it was well ahead of the United States and other major economies. They have yet to report 2020 growth but all are on track to show full-year activity contracting before vaccines are rolled out and commerce returns to normal.

China has re-imposed travel controls in some areas after a spate of cases this month but most of the country is unaffected.

The International Monetary Fund and private sector forecasters expect economic growth to rise further this year to above 8%.

Retail spending contracted by 3.9% over 2019 but gained 4.6% in December over a year earlier as demand revived. Consumer spending recovered to above the previous year’s levels in the quarter ending in September.

Online sales of consumer goods rose 14.8% as millions of families who were ordered to stay home shifted to buying groceries and clothing online.

Factory output rose 2.8% over 2019. Earlier data showed activity accelerating toward the end of the year. Production rose 7.3% in December.

Dow ends down over 170 points after disappointing December retail sales