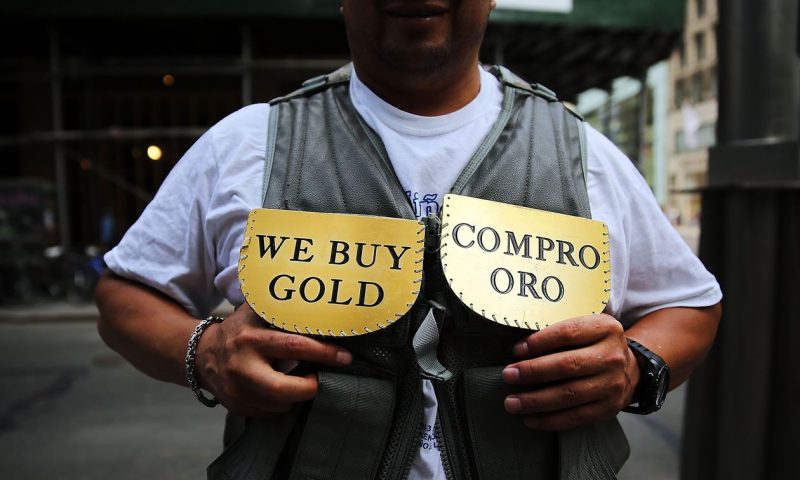 Futures for gold on Wednesday finished higher after a report on U.S. inflation and as investors monitored a House vote on impeaching President Donald Trump, for a second time, days before he is set to relinquish power to President-elect Joe Biden on Jan. 20.

“Focus today is on the U.S. House of Representatives that is set to impeach President Trump for an unprecedented second time,” wrote Jim Wyckoff, senior analyst at Kitco.com in a daily research report.

“Trump has one week left in his term as president. The marketplace remains a bit anxious ahead of the inauguration of Joe Biden as the next president, amid extremists’ threats of violence across the U.S.”

Gold futures added to gains early Wednesday after the U.S. consumer-price index showed a climb of 0.4% in December and a core reading, minus food and energy, rose 0.1% in December. The year-over-year reading came in at 1.4%, and 1.6% for the core figure, compared against economists’ average estimates for 1.3%, and 1.6%, respectively. The headline CPI has now risen for seven months straight but remains below the Federal Reserve’s 2% target.

Investors have largely looked past renewed political rancor in Washington. The Democratic-controlled House was expected to vote later Wednesday to impeach Trump for his apparent role in sparking a violent attack on the U.S. Capitol. A handful of House Republicans, including Wyoming’s Liz Cheney, No. 3 in House Republican leadership, have said they would vote to impeach.

Lately, gold has been trading in a relatively muted range and tending lower, with a risk of slipping below a psychologically important price at $1,800, which would be seen as near-term bearish by some technical strategists.

Meanwhile, a business survey of the Federal Reserve’s 12 business districts, indicated declining activity over November and December in some areas, according to the latest Fed Beige Book, released after the gold settlement.

Gold prices in electronic trade held on to gains.

Dropbox stock drops after plan to cut 11% of the workforce