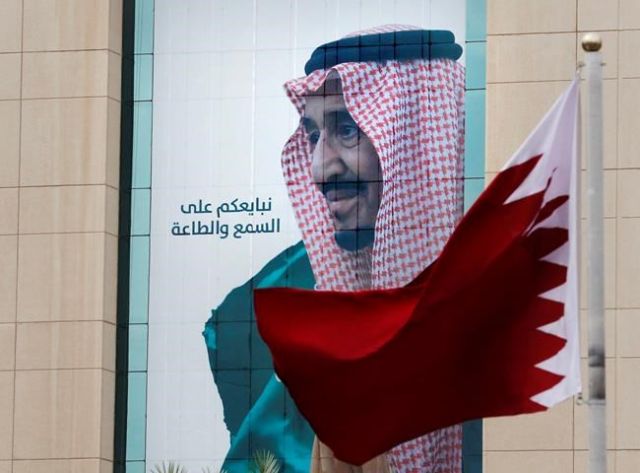 Qatar’s only land border has been mostly closed since mid-2017, when Saudi Arabia, Egypt, the United Arab Emirates and Bahrain launched a blockade against the tiny Gulf state, accusing it of supporting Islamist extremist groups and of having warm ties with Iran. The Saudi border, which Qatar relied on for the import of dairy products, construction materials and other goods, opened briefly during the past three years to allow Qataris into Saudi Arabia to perform the Islamic hajj pilgrimage.

It was unclear what concessions Qatar had made or is promising to make regarding a shift in its policies.

Kuwait, which had been mediating throughout the dispute, was first to announce the diplomatic breakthrough through its foreign minister. Earlier on Monday, the foreign minister had reportedly travelled to Doha to deliver a message to Qatar’s ruling emir, Sheikh Tamim bin Hamad Al Thani.

While the Saudi decision marks a major milestone toward resolving the Gulf spat, the path toward full reconciliation is far from guaranteed. The rift between Abu Dhabi and Doha has been deepest, with the UAE and Qatar at sharp ideological odds.

Following Kuwait’s announcement, the UAE’s Minister of State for Foreign Affairs, Anwar Gargash, tweeted that his country was keen to restore Gulf unity. However, he cautioned: “We have more work to do and we are in the right direction.”

The lifting of the embargo by Saudi Arabia paves the way for Qatar’s ruler to attend an annual summit of Gulf leaders Tuesday that will be held in the kingdom’s ancient desert site of Al-Ula. The summit would traditionally be chaired by Saudi King Salman, though his son and heir, the crown prince, may instead lead the meeting.

Qatar confirmed late Monday that Sheikh Tamim would be attending the summit, a move that analysts say would have been domestically sensitive for him had the Saudi blockade still been in place.

This year, Egypt’s president has also been invited to attend the summit of the six-nation Gulf Cooperation Council, which comprises Saudi Arabia, the UAE, Bahrain, Kuwait, Oman and Qatar.

Kuwait’s foreign minister said in a statement carried on state TV that Kuwait’s ruler had spoken with Qatar’s emir and Saudi Arabia’s crown prince. The conversations “emphasized that everyone was keen on reunification,” and would gather in Al-Ula to sign a statement that promises to “usher in a bright page of brotherly relations.”

The summit will be “inclusive,” leading the states toward “reunification and solidarity in facing the challenges of our region,” Saudi Crown Prince Mohammed bin Salman was quoted as saying in remarks carried by the Saudi state-run news agency.

The decision to end the Saudi embargo comes just weeks after President Donald Trump’s advisor and son-in-law, Jared Kushner, visited the kingdom and Qatar in a final push by the administration to secure a diplomatic breakthrough.

It also comes just ahead of President-elect Joe Biden’s swearing in. Saudi Arabia may be seeking to both grant the Trump administration a final diplomatic win and remove stumbling blocs to building warm ties with the Biden administration, which is expected to take a firmer stance toward the kingdom.

Normalization with Qatar could buy Saudi Arabia time to strike compromises with the Biden administration on other issues, like its war in Yemen and potential U.S. re-engagement with Iran, said Samuel Ramani, a non-resident fellow at the Gulf International Forum.

“Saudi Arabia could frame a partial détente, which allows Qatari civilian planes to fly over Saudi airspace and de-escalates the information war, as proof of ‘new thinking’ in Riyadh,” Ramani said ahead of the announcement.

In a recent column for the UAE’s The National newspaper, Beirut Institute founder Raghida Dergham questioned whether Gulf states would be able to finalize a strategy on how to approach the Iran issue, which they would then put forward to the Biden administration as it comes to power on Jan. 20.

At heart are concerns that Qatar’s close relations with Turkey and Iran have undermined regional security. Egypt and the UAE view Qatar and Turkey’s support of the Muslim Brotherhood as a security threat and have deemed the group a terrorist organization. Saudi Arabia and Bahrain are primarily concerned with Qatar’s close ties with regional foe Iran.

Those simmering tensions came to a boil in the summer of 2017, when the four countries announced their stunning blockade on Qatar and cut all transport and diplomatic links with it. The move frayed social ties, separating families who’d intermarried with Qataris. It also pushed Qatar diplomatically closer to Turkey and Iran, which both rushed to Doha’s aid with food and medical supplies that had been in short supply in the first days of the embargo. Patriotic fervour swept through Qatar in support of Sheikh Tamim’s resolve.

Gas-rich Qatar also took an economic hit from the blockade, and its national airline was forced to take longer and more costly routes. It was unclear how the blockade would impact its ability to host the 2022 FIFA World Cup.

The blockading countries made a list of demands on Qatar that included shuttering its flagship Al-Jazeera news network and terminating Turkish military presence in Qatar, which is also home to a major U.S. military base. Qatar has outright rejected the demands, and has denied that its support of Islamist groups indicates support for violent extremists.

State-linked media in the UAE and Qatar lobbed vicious attacks back and forth. Qataris also alluded to the UAE being behind the hacking of its state-run news agency in 2017, while the UAE’s influential ambassador to Washington saw his emails subsequently hacked and leaked.

In a sign that hostilities continue to simmer, Qatar protested to the U.N. Security Council last month that Bahraini fighter jets “violated” Qatari airspace in early December. Bahrain hit back, calling the allegations “irresponsible and baseless.” Bahrain also accused the Qatari coast guard of arbitrarily detaining dozens of Bahraini fishing vessels, which Qatar said had trespassed into its territorial waters.

Meanwhile, Ahmed Hafez, the spokesman for Egypt’s Foreign Ministry, said last week that Cairo supports efforts to reach a resolution that respects “non-interference in internal affairs” in an apparent reference to Qatar’s backing of the Muslim Brotherhood. The conflict in Libya is also a contentious issue, with Egypt and the UAE supporting militias fighting a Tripoli-based bloc backed by Turkey and Qatar.