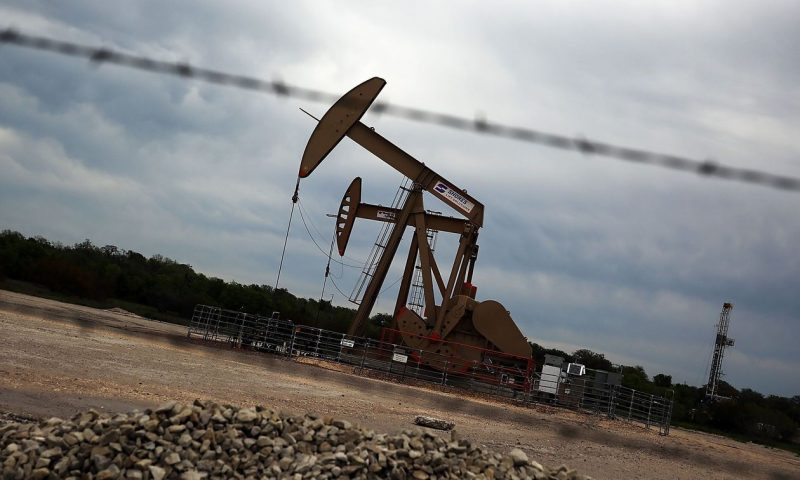 Crude-oil futures settled slightly higher Thursday amid light-trading volumes in the last trading session before Christmas, with investors watching whether a U.S. fiscal package will be signed into law by President Trump.

Commodity investors have fretted that a resurgence in the COVID-19 pandemic in the U.S. and Europe in particular will hurt demand for energy without sufficient aid from the government to stem the economic harm from restrictions on consumer and business activity.

“We do need to get some kind of stimulus or if the government gets shutdown we could see losses” accelerate, Tariq Zahir, managing member at Tyche Capital Advisors, told MarketWatch, referencing the coronavirus aid package that is rolled into the funding bill for U.S. government that was passed by Congress on Monday but is being held up by President Trump.

President Donald Trump has raised the possibility of a veto of a long-sought-after fiscal spending package, after he vetoed a $740.5 billion defense-policy bill on Wednesday and demanded last-minute changes to coronavirus-relief legislation. The president is asking for the increase of direct payments to individuals to $2,000 from $600. However, Republicans in the House defied the president and blocked a bill put forward by Democrats that would have increased those direct payments as part of the coronavirus financial-aid package.

Also on Thursday, Britain and the European Union cemented an agreement that would avoid the U.K. leaving the trade bloc without a pact, helping support higher oil prices.

Wednesday’s U.S. inventory reports for crude weren’t unabashedly bullish but that investors shouldn’t put too much emphasis on the market’s moves in a holiday-abbreviated session, Zahir also said.

On Wednesday, oil markets took a slightly more bullish turn after the Energy Information Administration reported a fall of 562,000 barrels in U.S. crude inventories for the week ended Dec. 18, contrasting with an earlier report from the less closely followed American Petroleum Institute late Tuesday that showed that U.S. crude supplies rose by 2.7 million barrels for the week. Still, the decline in inventories was less than the average of 4.7 million barrels forecast by analysts polled by S&P Global Platts.

Meanwhile, Baker Hughes on Wednesday, reporting two days early because of the Christmas holiday, showed that the number of active U.S. rigs drilling for oil rose by 1 to 264 this week, marking a fifth straight weekly rise in oil-rig counts. The total active U.S. rig count, which includes those drilling for natural gas, was also up by 2 to 348.

Trading in U.S. energy markets closed an hour earlier on Christmas Eve, at 1:30 p.m. Eastern, and will remain closed on Friday.

For the week, WTI lost 2.1%, while Brent recorded a weekly decline of 1.9%, FactSet data show, based on the most-active contracts. Both contracts marked their first weekly loss since the week ended Oct. 30, Dow Jones Market Data show.