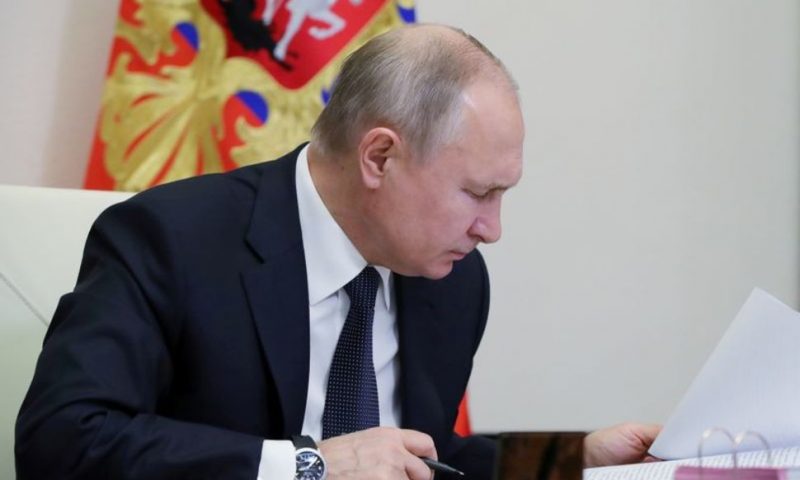 MOSCOW – Russia’s lower house of parliament approved in its third and final reading on Wednesday a draft law on introducing jail terms for people found guilty of making slanderous comments on the internet or in the media.

The bill, which still requires the approval of the upper house and President Vladimir Putin’s signature to become law, has drawn criticism from opponents of the Kremlin who say the authorities could use it to jail critics and stifle dissent.

Under the draft legislation, a person convicted of slander on the internet could be jailed for up to two years and fined up to 1 million roubles ($13,300).

People accused of making “slanderous” accusations of rape or other grave crimes could face up to five years behind bars, the text of the bill says.

Kremlin critic Alexei Navalny suggested that if the bill becomes law, it should be used against the Russian authorities.

“I remember very well how Putin declared victory over the coronavirus this summer,” Navalny wrote on Twitter, in a sarcastic reference to a surge in COVID-19 infections that began soon after the president’s remarks.

China Steps up Pressure on Alibaba With Anti-Monopoly Probe