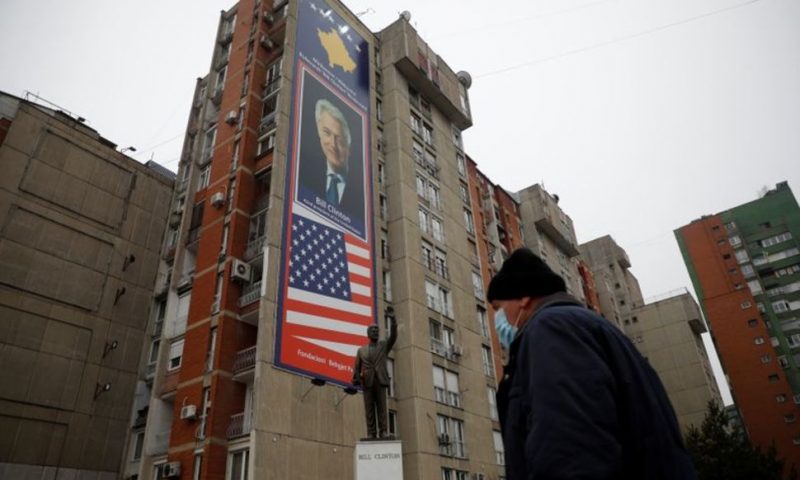 Biden is respected in Kosovo for his active support of the 1999 NATO bombing of Serbia to halt the killing and expulsion of ethnic Albanians in its then southern province. Kosovo declared independence in 2008 but Belgrade refuses to recognise it.

“For Albanians God comes first, America is second,” says Terstena, who sells live cattle on a 35-km (22 mile) road in the southeast of the country named after Biden’s late son Beau. Terstena echoes similar sentiments all over the country of which Washington remains the biggest financial and political supporter.

Many hope that a Biden administration, which is likely to take more of a multilateral and diplomatic approach aimed at repairing Washington’s relationships with its key NATO allies, will actively help Kosovo’s bid for a U.N. seat.

Some analysts, however, warn that expectations may be too high as Serbia’s traditional allies Russia and China are also blocking Kosovo’s U.N. membership.

“It all depends how much political capital the U.S. could spend in supporting Kosovo taking into consideration all other crisis the US has to deal with,” said political analyst Agon Maliqi. Biden last vistaed Kosovo in 2016 when he was vice president to unveil a memorial of his son Beau who had worked in the country after the 1998-99 war ended, helping train local prosecutors and judges. The memorial is in front of the U.S. military base Bondsteel, home to some 700 American soldiers who help maintain the fragile peace in Kosovo. Naming streets after U.S. officials is a tradition in Kosovo. In the capital Pristina, the biggest boulevard is named Bill Clinton and it is linked with a road named after his successor George W. Bush. There was even talk of naming a lake after Trump.
Previous Post

China Steps up Pressure on Alibaba With Anti-Monopoly Probe